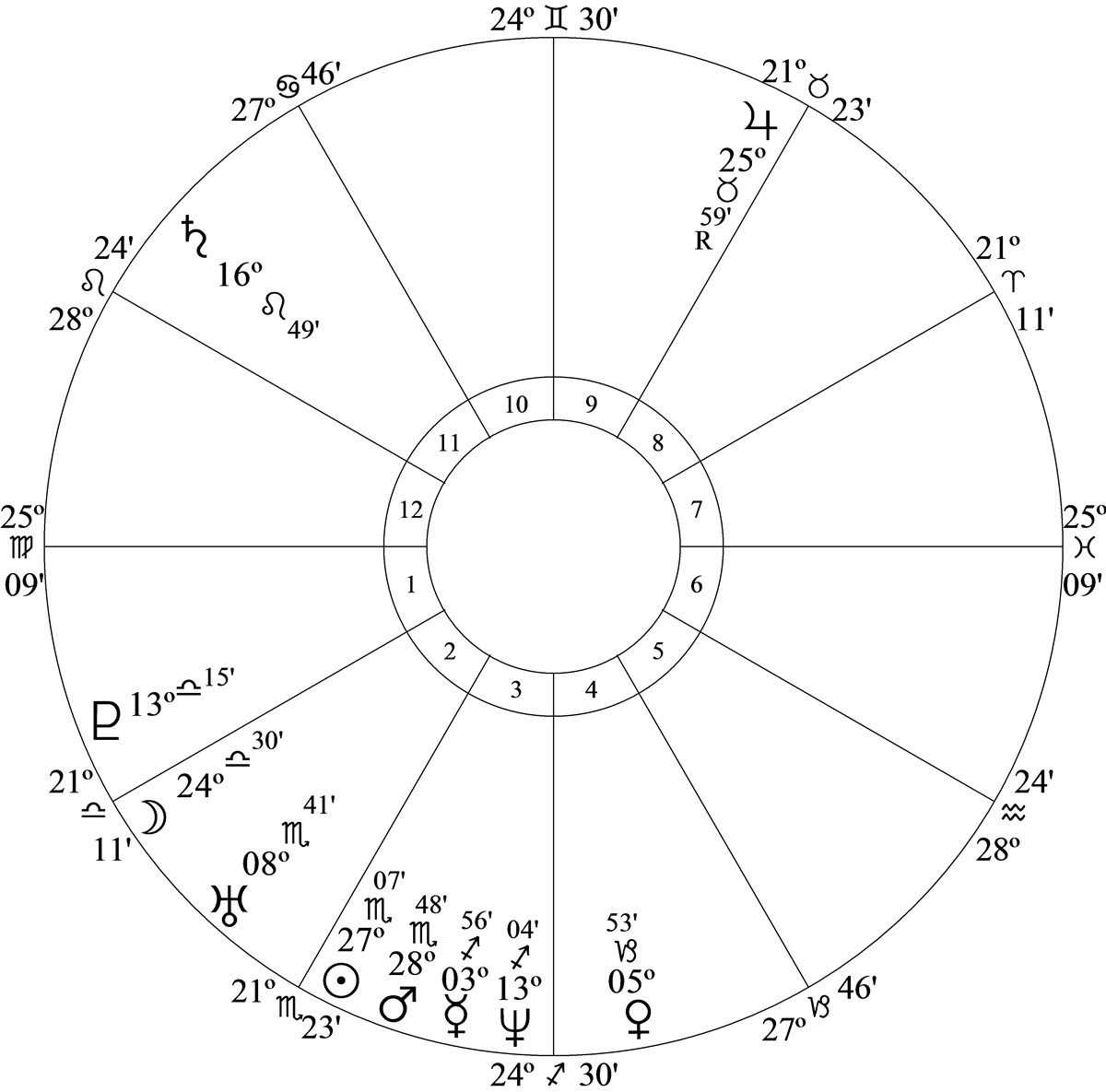 The Sun in Jack Dorsey’s birth chart is in the third decanate of Scorpio so his I desire individuality is defined by intense emotions, a strong sex drive, vivid ideas and a sense of social importance that’s focused on superior effort and attainment.

The Sun has prominence status and is conjunction Mars – planet of initiative and energy – and he’ll reach his highest level of peak performance when he teams up with a loving partner who spurs him on to greater effort.

The prominent Moon is in the third decanate of Libra so the special feature of his I balance mentality is his mental brilliance which comes with a caveat.

He needs to resist a dangerous (Mars) temptation to use his mental cleverness to unfair advantage (or live a double life). Personal tragedy involving dishonesty or corruption (Pluto) can be avoided by living a straight-forward moral life.

Mercury is in the first decanate of Sagittarius and his I see mental activity and way of communicating is defined by devotion. Dorsey has a deep kinship with nature – a deeply religious nature (Jupiter is prominent) – and the ability to inspire others with his confidence (Sun) and faith (Jupiter).

He should always rely on his own hunches, judgments and intuitions because acting on the other person’s advice and suggestions will lead to mistakes.

And with his ascendant in the third decanate of Virgo his I analyze personality is defined by renunciation and working on behalf of others.

Dorsey is naturally inclined to give up personal ambitions and aspirations for the sake of duty and to work for a noble, humanitarian cause.

It’s in house 1 and he has an intense, persuasive personality and an obsessive-compulsive interest in his appearance and health. He’s very inclined to become personally involved with groups.

It’s the worst house – the Sun-Mars-Mercury conjunction there is opposition Jupiter in house 9 – so his life story is defined by fortunate and unfortunate events involving his private thoughts, thinking and writing.

He was born and raised in St. Louis, Missouri and attended the Catholic Bishop DuBourg High School.  In 1995-97 he attended the University of Missouri before transferring to New York University. He dropped out in 1999. Whilst studying at NYU he came up with the idea that he developed as Twitter.

He then worked on dispatching as a programmer, moved to Oakland, California and in 2000 started his own company to dispatch couriers, taxis and emergency services from the Web.

At this time instant text messaging was an idea and Dorsey and Biz Stone decided that SMS text suited the status-message idea.  They built the prototype of Twitter in about 2 weeks. (Progressed Mercury – the planet of ideas – in Dorsey’s chart had moved to form a sextile (opportunity) aspect with birth chart Uranus – planet of original thinking.)

On October 16, 2008 Dorsey stepped down as CEO of Twitter to become the company’s chairman of the board and 7 years later on October 5, 2015 he returned to the CEO position.

In September 2018, Dorsey testified before the Senate Intelligence Committee about meddling in the 2016 presidential election. Following his testimony the value of Twitter’s shares fell by 6%.

Former Twitter CEO Dick Costolo describes Dorsey as a calm, thoughtful leader and as of March 2019 his financial net worth was roughly $5.1 billion.

Biographical data is from his Wikipedia entry.