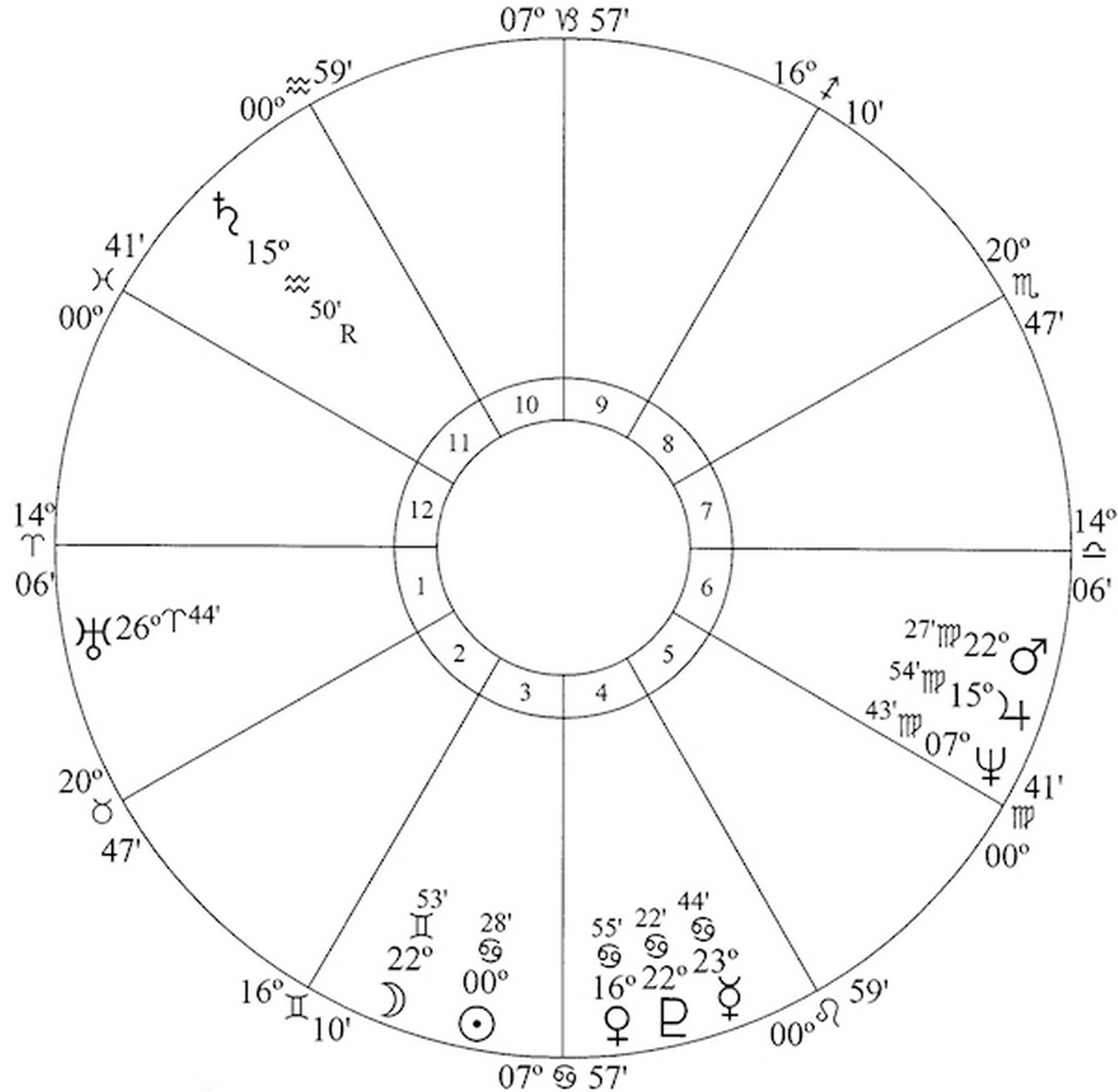 There are no changes in her chart within its ± 1 minute margin of error.

Feinstein’s dominant planet Mercury is conjunction Pluto in the second decanate of Cancer so the special feature of her I feel mental activity and way of communicating is her capacity to be influenced and guided by revelation information that streams into her mind from out of the blue.  She’s also resourceful, energetic and very emotional.

Feinstein is a top-notch communicator (Mercury) and is at her best when she’s talking and expressing her thoughts, ideas and opinions, but she has a personal struggle with her sensual desires and what she perceives are the limitations imposed by death.

Mercury conjunction Pluto indicates a powerful thought connection with unseen intelligences and the moral/spiritual quality of her thoughts and feelings matches the quality of their revelations.

The Sun in her chart is in the first decanate of Cancer so her I feel individuality is specifically defined by moods, extreme sensitivity to her surroundings and a strong susceptibility to domestic intrigue.

Moon is in the third decanate of Gemini so her I think mentality is specified by reason and an over reliance on deductive reasoning.  She has a tendency towards self-centeredness that can be overcome by cultivating idealism and religion.

And the ascendant is in the second decanate of Aries so her I am personality is defined by exaltation, a noble affection, a persistent ambition for power and the ability to sway and influence other people’s thinking.

Dianne Feinstein became the Mayor of San Francisco and a U.S. Senator.

She received her B.A. in history from Stanford University in 1955 and was elected to the San Francisco Board of Supervisors in 1969.

On December 4, 1978 she attracted national attention when San Francisco’s Mayor George Moscone and City Supervisor Harvey Milk were assassinated and she succeeded to the mayoralty – serving in office till January 8, 1988.

In 1994 Feinstein authored (Mercury) the 1994 Federal Assault Weapons Ban.  It expired in 2004 and in 2013 a new assault weapons bill she introduced failed to pass.

On November 3, 2001 she was presented with the Woodrow Wilson Award for public service; and in 2002 won the American Medical Association’s Nathan Davis Award for ‘the Betterment of Public Health’.

Feinstein has been married three times and her daughter Katherine is an American judge who serves on the San Francisco Superior Court.

Biographical data is from her Wikipedia entry.