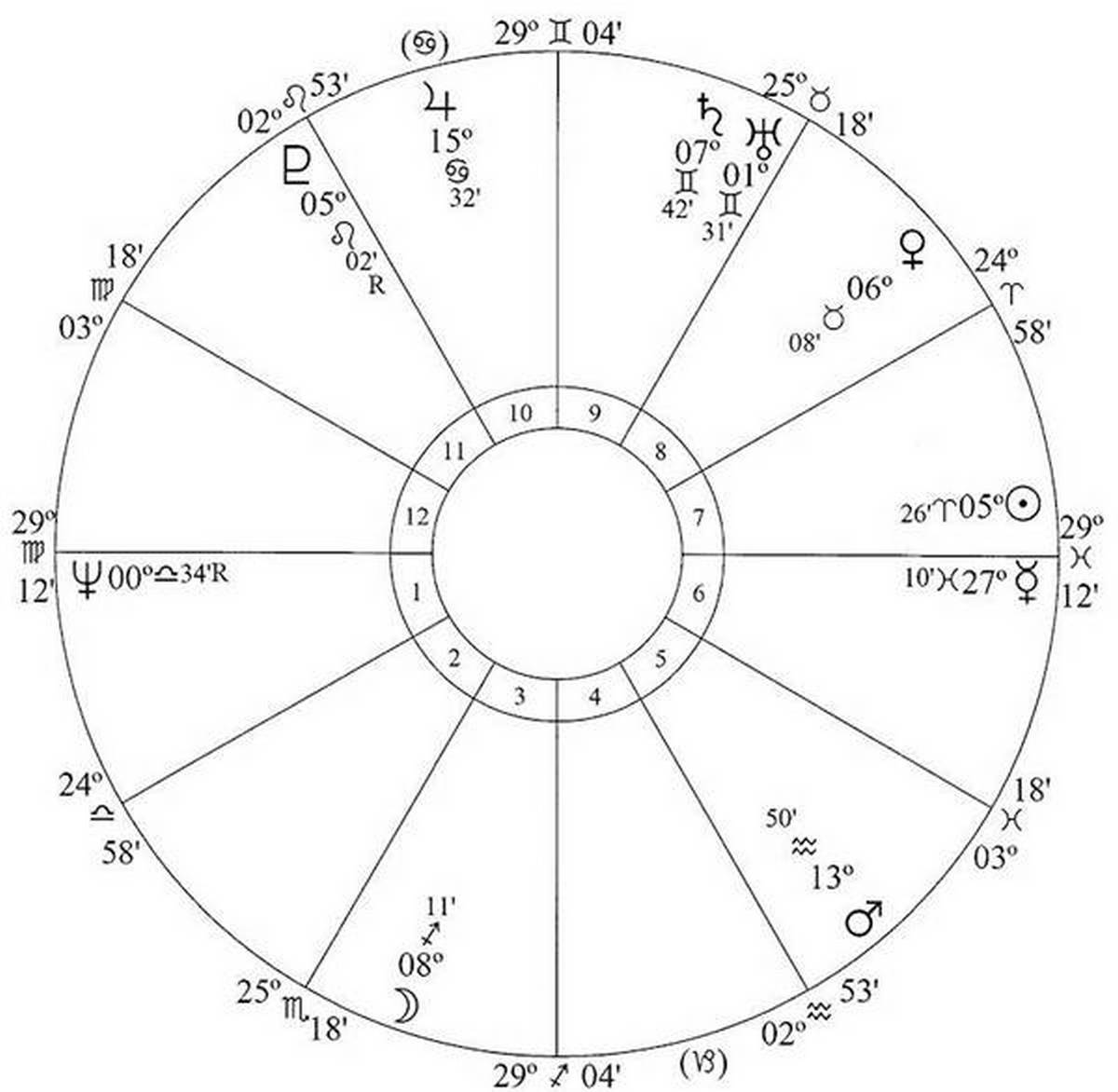 Sun-Aries-first decanate: Individuality – I am – activity

With this decanate profile his character and life are defined by activity, devotion and renunciation – pioneering activity that seeks new worlds to conquer, dedication to a cause or pursuit, a deeply religious nature and a tendency to give up personal ambitions for the sake of duty.

Sun – the dominant planet – indicates the outstanding bias of his endeavors.

Bob Woodward became a journalist and is now regarded as one of America's preeminent investigative reporters.

In September 1971 he joined the Washington Post and in June 1972 got an assignment (with Carl Bernstein) to report on a burglary at the headquarters of the Democratic National Committee – The Watergate Scandal.

Since then he has written 18 books on American politics – 12 topped the best-seller lists – and his work, on behalf of the public, has been acknowledged with nearly every major American journalism award.

Bob Woodward has been called ‘the most celebrated journalist of our age’.

In 2004 the New York Times Book Review said that ‘No reporter has more talent for getting Washington’s inside story and telling it cogently’.