In December 2019 an outbreak of a mysterious pneumonia like disease in Wuhan, China heralded a domestic public health crisis that triggered an unprecedented global health emergency, an earth-shaking economic catastrophe and contentious relations between China and other world powers.

In January 2020 China’s administration took extraordinary measures to quell its coronavirus outbreak but as the disease crisis developed it also took extreme measures to curate the information emerging from Wuhan.

It kept its citizens in the dark regrading events; deleted and censored social media posts; and kept journalistic investigations of how the covid-epidemic started under wraps (house 12). Journalists and medical professionals faced punishment for trying to share information outside of official channels. Any information contradicting the state’s official narrative was censored.

But the Chinese regime’s cover up (house 12) of the initial outbreak incubated a humanitarian disaster in Wuhan and this set the stage for the global spread of the virus; and by May 2020 an intense geopolitical debate had ignited in regard to the origins of the coronavirus.

In late 2019, when Covid-19 started with one infected person, the virus didn’t have a name. Patient zero didn’t know they would go on to infect millions of people around the world and set off a chain of social and economic events that would upend the lives of 7 billion people.

There’s a growing body of evidence that SARS-CoV-2 viruses share a common (bat) ancestor and that the Covid-19 virus jumped from a previous animal host at a wet market – a marketplace that sells fresh meat, produce and other perishable goods – in Wuhan, China into humans sometime around October 6, 2019 to December 11, 2019 and was being transmitted extensively around the world in late 2019 and early 2020.

The first confirmed Covid-19 case in Wuhan has been traced back to December 1, 2019. An unconfirmed report suggests the earliest case was on November 17.

A cluster of cases was observed on December 26; and a public notice was released by Wuhan Municipal Health Commission on December 31, 2019.

Mars is the planet of infection and viral infections and in China’s chart progressed Moon moved to form a conjunction aspect with birth chart Mars on October 23, 2019: And this stimulation to Mars from then until December 17, 2019 > peak power date was November 19 > defines a more reliable time-frame during which the Covid-19 virus was transmitted from an animal host to human. 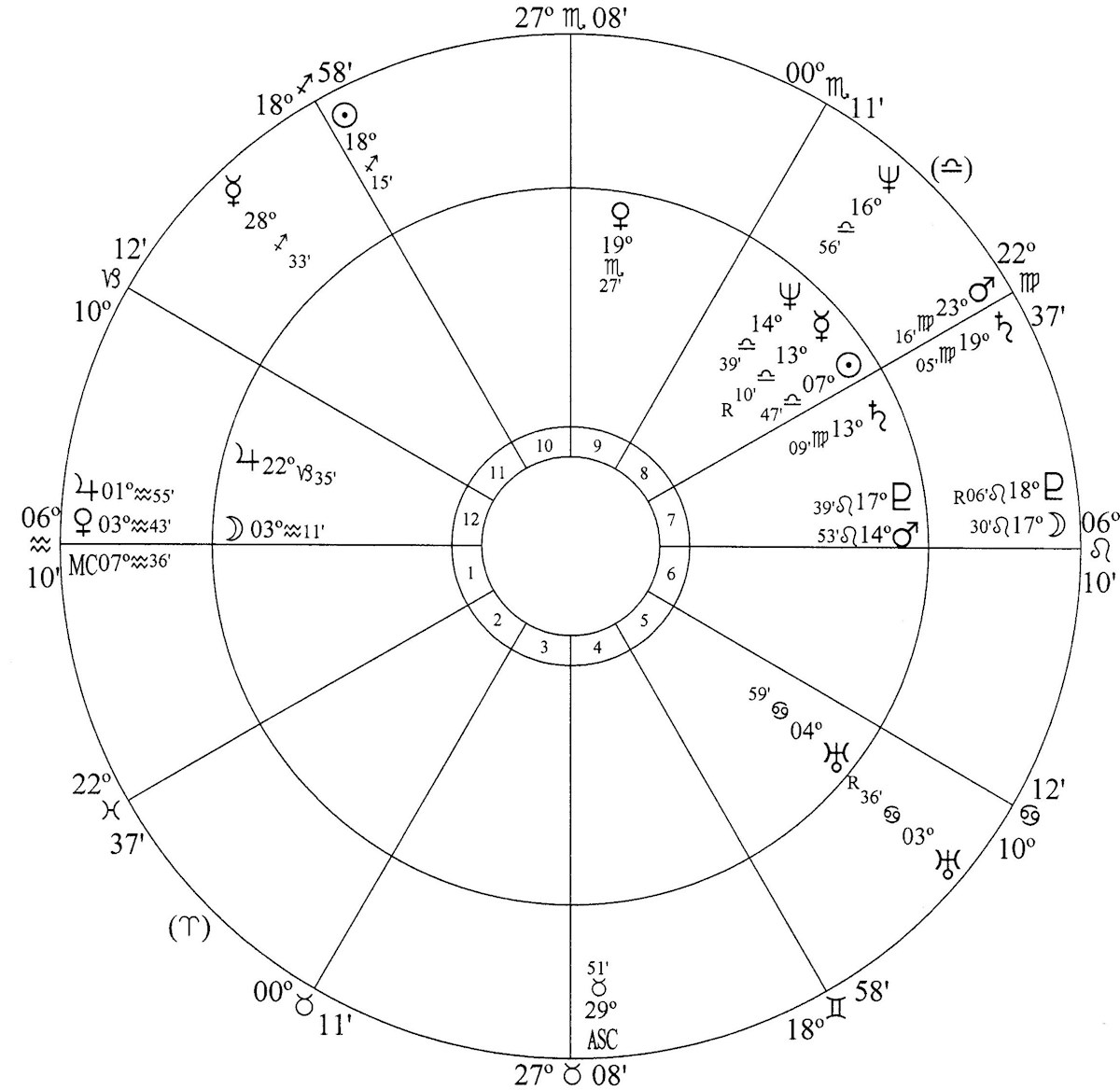 China’s state media controls its news feed so it’s virtually impossible to learn what really went on in Wuhan in December 2019 but investigative reports by western media sources, based on unofficial reports coming out of China, have created a timeline narrative of what happened there in December 2019 and January 2020.

As the new pneumonia like illness emerged in December 2019 doctors in Wuhan were prevented from submitting case information to China’s infectious disease tracking network; medical professionals were silenced; critical scientific data on the infection was suppressed; and reports of health care workers falling ill, an early indicator of human-to-human transmission, were suppressed.

On December 31, 2019 China informed the World Health Organization (WHO) of the pneumonia like infection in Wuhan.

On the same day, based on reports that its doctors were hearing on the mainland, Taiwan tried to alert the WHO to the threat of human-to-human transmission. Its alert was ignored.

On January 20, Zhong Nanshan, a prominent Chinese infectious disease expert, confirms on state television that the pathogen – coronavirus – could be transmitted from human to human; and on January 23 Wuhan goes into lockdown.

It was ‘the largest quarantine in human history’ extending to 15 cities in Hubei province and affecting about 57 million people. Beijing then launched a radical ‘people’s war’ to contain the virus and it’s estimated that about 760 million people in China (more than half the population) faced some form of outdoor restriction.

Following Dr Zhong’s announcement the Chinese government allowed major news organizations into Wuhan but then, at the height of the crisis, China hid the true extent of the epidemic by censoring all information coming out of Wuhan.

And from January 7 to March 22, 2020 – with progressed Moon conjunction birth chart and progressed Pluto and trine progressed Sun in its chart – China’s administration (house 10) took drastic action (Pluto) to control the spread of the coronavirus and to suppress (Pluto-house 12) any information pertaining to the country’s epidemic.

Throughout January 2020 state authorities in Wuhan suppressed scientific knowledge about the virus and labs testing the virus were told to stop and destroy all test samples. Articles, dispatches and video reports explaining what was going on were deleted from the internet within hours of publication; and websites reporting on the Wuhan outbreak were shutdown, never to resurface.

Throughout the public health emergency China’s government muzzled unofficial sources of information and provided incomplete data to the international community.

According to Chinese Human Rights Defenders, the number of internet users known to have been arrested for sharing information related to the coronavirus nearly doubled between March 2 and April 1 — increasing from 452 to 897.

A set of leaked documents from Shandong Province in late February indicate deliberate data fraud and downplaying of case numbers by provincial health authorities; and new estimates based on details from funeral homes and local residents indicate that the city’s death toll may have been 10 times greater than officially reported.

In Wuhan on December 30, 2019 Dr Li Wenliang told fellow medical professionals about the new virus in a chat group. He was accused of ‘rumor-mongering’ and officials either ignored or played down the risks he warned about well into January.

Dr Li – the coronavirus whistleblower – later told the New York Times: ‘If officials had disclosed information about the epidemic earlier, I think it would have been a lot better. There should be more openness and transparency’.

On February 7 Dr Li died of coronavirus and his death ignited a war between social media users and China’s state censors.

His death sparked an immediate outpouring of grief on social media but each post was promptly deleted: And when the grief turned to anger and the social media posts demanded freedom of speech the censors kept on deleting.

At this time in China’s chart progressed Moon in house 7 was semisquare birth chart Uranus – planet of social unrest and freedom fighting in house 5.

According to The Initium, a Hong Kong-based outlet, between 11.16  and 11.30pm on February 7, 2020 over 20 million searches for information on the death of Li Wenliang were culled down to fewer than 2 million; and #DrLiWenLiangDied topic was dragged from number 3 on the trending topics list to number 7.

Every effort by social media users to recreate Dr Li’s New York Times article was eradicated from the internet.

In China’s chart Pluto is the cusp ruler of house 9 – the public expression of opinion, China’s state television and the internet.

In China’s chart Pluto – the dictator planet – is the cusp ruler of house 10 – President Xi.

There’s no doubt that in the early stages of China’s coronavirus outbreak its administration failed the Chinese people but President Xi has reduced the likelihood of internal dissent by purging political enemies and critics from the ruling elite and cracking down on social unrest the moment it emerges.

Beijing’s dishonesty doesn’t give it credibility and it’s best to view any information coming from its propaganda machine as false or at least intentionally inaccurate or manipulative, but it’s crucial for President Xi to win the propaganda war (Mars-Pluto) with the virus. So, China’s propaganda machine is working overtime, trying to reshape the Covid-19 narrative and spreading its own dangerous conspiracy theories (Pluto-house 12).

On May 1, 2020 China published a short animation titled ‘Once upon a Virus’ mocking America’s response to the new coronavirus, using Lego-like figures to represent the two countries; and it has rejected calls for an independent international investigation into the origin of the coronavirus.

China is an aggressive bully. It’s Lower-Pluto’s chief political agent here on Earth. Its economic power allows it to coerce and threaten weaker nations. It’s the world champion at information warfare and is aggressively trying to take control of the coronavirus narrative. But its initial mishandling of the disease crisis in Wuhan and its attempt to cover up the virus were disasters so its image and global status have taken a massive hit.

In China’s chart on December 3, 2019 progressed Sun – the cusp ruler of house 7 (the international community) in house 10 (its reputation) – moved to form a high-discord square aspect with progressed Saturn > peak power date is December 10, 2020 > and by the end of 2020 its reputation could be in tatters. This energy-event which ends on December 16, 2021 indicates that China will suffer massive reputational damage, diminished global status and a loss in economic power during 2020-21.

At each stage of a disease outbreak doctors acquire crucial information and China, being three months ahead of the rest of the world, could have acquired data regarding issues like immunity, asymptomatic transmission and the nature of the Covid-19 disease that the world needed to know about.

But in 2020, due to its suppression of information, there’s deteriorating relations between the world’s superpowers over Covid-19. Their trading insults. America is leading the anti-China rhetoric and China is facing a growing global backlash for its mishandling of the coronavirus outbreak.

France, Germany, Australia and New Zealand are all calling for Beijing to be held accountable for its role in the pandemic. France has accused Beijing of concealing facts, while Germany has suggested it could demand compensation. The Trump administration continues to insist that the virus may have been purposefully spread by China from a lab in Wuhan.

The US has accused China of suppressing early information on the virus and downplaying the risks, and China has repeatedly denied the accusation.

In 2020 America-China relations are widely viewed as being at their lowest point in decades. Beijing believes that the United States wants to contain a rising China, which has become more assertive globally as its economy has grown.

The worst case scenario is armed confrontation between China and America – a development that would make the security situation in Asia more volatile.

This Mercury-Mars aspect indicates that the international community (house 7) won’t ignore Beijing’s initial mishandling of its coronavirus outbreak and a wave of international hostility (Mars) will build throughout 2020; and the progressed Sun-progressed Saturn square aspect indicates that there’s a wave of anti-Beijing sentiment growing and China has a lot to lose.

So China is taking the threat of a growing global backlash seriously – it could threaten China’s strategic overseas investments and this could threaten its security standing (Saturn) – and with Mars in house 7 President Xi will talk tough and fight to the bitter end, even to the point of open hostilities. And he’s ready for war.

The wet market where the coronavirus (probably) jumped from an animal host to human is ruled by house 6; and in China’s chart the Moon in house 12 (secrets, cover-ups and hospitals) is cusp ruler of house 6 (disease, doctors and health care workers).

House 1 rules the people and their health and welfare.

Scorpio on the cusp of house 10 (the administration) is the sign of secrecy; Saturn in house 7 (the international community) and cusp ruler of house 12 (cover ups and conspiracies) is the planet of secrecy and public health emergencies; Uranus in house 5 (social fun and entertainment) and cusp ruler of house 1 (domestic issues) is the planet of sudden change, whistleblowers, social discontentment and exposé; and house 12 – where the major progressed Venus-birth chart Moon conjunction aspect has prominence status – rules laboratories.