Riots, violent protests and a plummeting popularity rating – it all went wrong for Emmanuel Macron in 2018

In his chart progressed Sun was opposition birth chart Mars. It still is.

In Emmanuel Macron’s forecast for 2018 we wrote:

The level of risk and danger indicated by the aspect needs to be evaluated carefully and precautionary measures taken to reduce the chance of mishap and misadventure.

And on November 6, 2018 French officials reported that six people had been arrested in France on suspicion of planning to carry out a violent attack on President Emmanuel Macron.

The aspect forecasts power abuse, abuse of authority, the undermining of his authority, a leadership crisis, a power struggle, allegations of arrogance, attacks on his self-esteem, a crisis of confidence, a political scandal, disputes with partners and/or world leaders, aggressive moves by opponents, danger, hostility, marital strife, law suits, great distress, separation and an accident, injury or operation.

The aspect undermines his capacity to control his environment and the risks involved demand vigilance and measures of self-protection.

The separation event (opposition aspect) may be personal or political and Macron could be fighting for his political life against very aggressive and hostile opponents.

Whatever…there’s a mighty big storm brewing. It will tear his life apart. 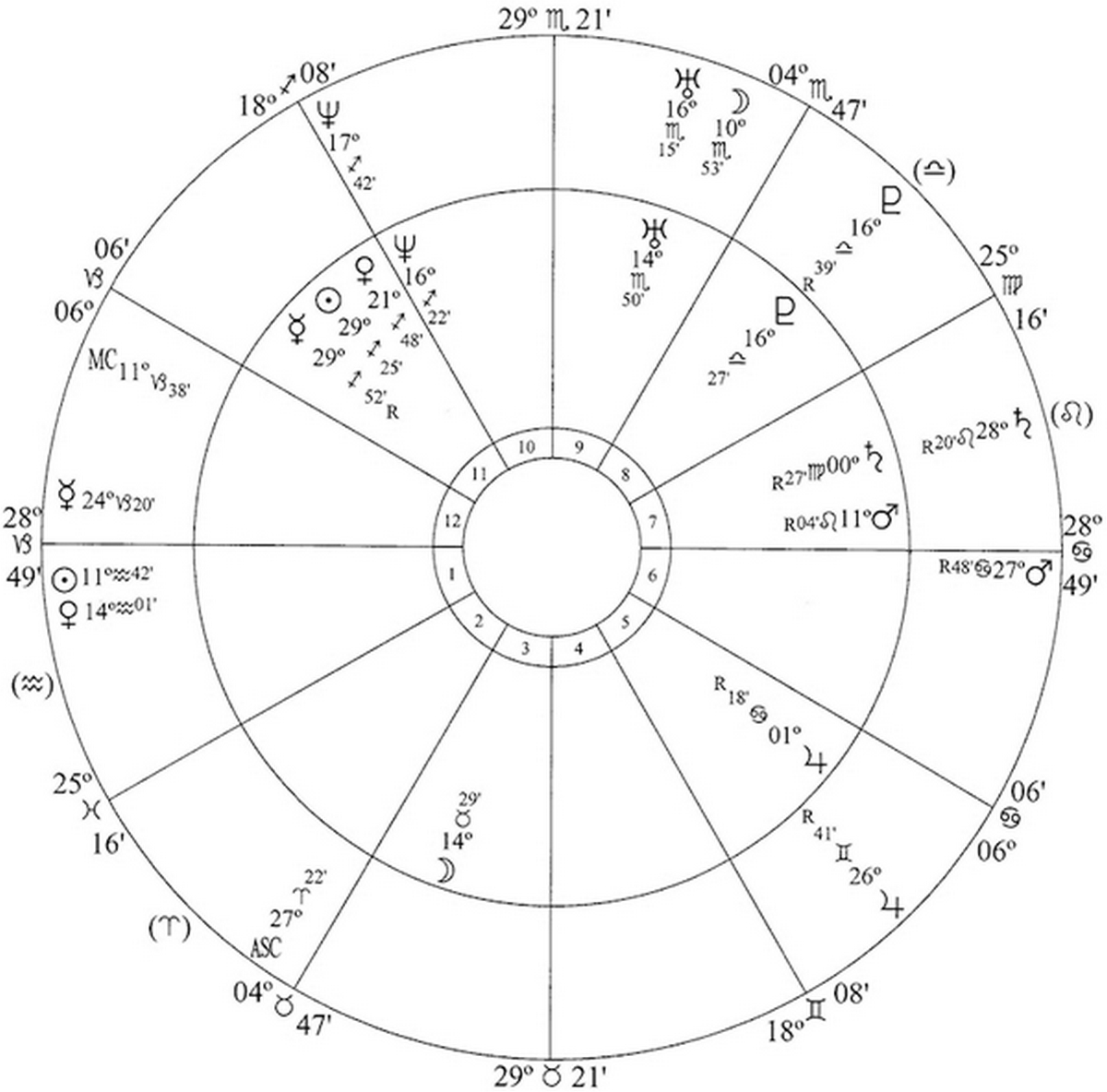 The birth time has a ± 2 minute margin of error but there are no structural changes in the chart within this time-frame although the Sun dislodged Mercury as the dominant planet at 10.39.20am.

Progressed Sun – his political authority and positional power in house 1 (him personally) – is still opposition birth chart Mars – the planet of conflict and violence in house 7 (his opponents, enemies, partners and competitors).

Birth chart Sun is in house 11 (his friends and allies) and is a co-ruler (Leo intercepted) of house 7.

And Mars is the co-ruler (Aries is intercepted) of house 2 (finances and the cost of living) and the cusp ruler (Scorpio) of house 10 (his honor, reputation and publicity).

The aspect’s discord, expressing as a mental tug-of-war, involves the making of a decision where the choosing of one very desirable thing will result in the losing of the other.

The trouble started on December 8, 2018 when anti-Macron protests erupted across France.

They have continued each Saturday since then and on January 12, 2019 thousands of demonstrators (Uranus) again turned out across France for new ‘yellow vests’ protests, with dozens of arrests and clashes (Mars) in Paris and other cities. (In his birth chart Mars is square Uranus)

The nationwide protests (Uranus) were initially triggered by the rising price of fuel (Jupiter).

They have since widened to include anger (Mars) at the cost of living (house 2), with a wide-ranging list of other demands.

Then on January 15, 2019 a national public debate (house 9) kicked off. It will be held in town halls (Capricorn) across France and on the internet (Pluto), and will focus on taxes, green energy, institutional reform and citizenship.

Over the next 2 months the French people are being invited to join in a kind of mass consultation (Pluto) that (in theory) will shape the second half of Macron’s mandate.

But with progressed Sun opposition birth chart Mars and sesquisquare progressed Jupiter things are not looking good for the French president.

Macron's in for the fight of his life

On February 13, 2019 Mars in the sky moves to form a conjunction aspect with Uranus and this high discord astrological event is sure to stimulate more violent protests and set France on fire.

Then the discord mapped by the progressed aspects involving the Sun, Mars and Jupiter will reach a peak in July 2019.

On June 9, 2019 progressed Moon in house 9 moves to form a square aspect with birth chart Mars – planet of violence and fires > peak power date is July 6.

And Macron has major changes scheduled during the second half of 2019.

On September 9 progressed Moon moves to form an opposition aspect with birth chart Moon – planet of the common people in house 3 (roads, rail and transportation) > peak power date is October 5.

And on October 26 progressed Moon moves to form a conjunction aspect with progressed Uranus and a sesquisquare aspect with birth chart Jupiter > peak power date for both aspects is November 22, 2019.

Jupiter is the planet of miracles and the great benefic has been known to perform astounding wonders. But Macron will need more than a miracle in 2019 to survive the discord mapped in his progressed chart with his presidency intact.