The provocation at times reached seismic levels, but with progressed Mercury opposition birth chart Mars in the Aquarian Age chart, the conflict was contained to a war (Mars) of words (Mercury).

This high-discord progression ends on January 21, 2018 and when it ends the Mars discord as aggressive rhetoric and reckless provocation will decrease significantly.

So in 2018 the threat of nuclear war on the Korean Peninsula is diminished although progressed Mars parallel birthchart Pluto signs for a dire international situation requiring a drastic solution.

How the international community deals with North Korea will be a top of the agenda issue in 2018, but there are other threats to humanity’s welfare that spiritual warriors, all around the world, are grappling with.

And the key marker in the Aquarian Age chart that defines this wretched situation is the equinox pointer square progressed Pluto.

Humanity’s challenge is to solve and overcome each and every problem.

The Sun is the planet of politics, leaders, political leadership, the political agenda, celebrity and celebrities.

Mercury is the planet of talk, talks, conferences, science and controversy.

And their intense but imprecise parallel aspect forecasts major political controversies, non-stop talking by the politicians and commentators, non-stop writing by the reporters and news reporting controversies.

It has played a significant role in educating people about the role of politics, news reporting and science in their lives.

Major progressed Moon is trine birth chart Mercury on March 23, 2018 and major political events pertaining to the Sun-Mercury parallel aspect can occur from February 23 to April 23, 2018.

This minor Sun progression reached peak power on December 22, 2017, so its influence is on the wane in 2018.

It forecasts visionary political schemes and a swing towards socialism.

Major progressed Moon is trine birth chart Sun on July 25, 2018 and sesquisquare progressed Neptune on July 31 and major events pertaining to the Sun-Neptune semisextile can occur from June 25 to August 31, 2018.

Because Mars – the planet of strife, war, violence, rows, feuds, accidents and fires – is such a destructive player in human affairs its progressed aspects attain a higher level of relative importance.

It starts in April 2018 and gives a boost to progressed Mars parallel birth chart Pluto.

So there are three Mars progressions influencing 2018.

It saw the strife, violence and brutality of Mars directly impact the lives of the common, ordinary folk (Moon).

Mars is the planet of fires and wildfires – the science is solid – and in 2018 major fire events will destroy property, landscapes and people’s lives.

Progressed Moon is parallel progressed Mars on November 2, 2018 and square birth chart Mars on November 19 and major events pertaining to the Mars-Moon inconjunct aspect can occur from August 13, 2018 to January 22, 2019 in particular from October 22 to December 18, 2018.

Progressed Mars – the planet of fights, feuds, sex and sexual misconduct – at 18 Aries 59 in house 10 (Donald Trump) is inconjunct birth chart Moon (the common, everyday folk, gossip and cusp ruler of house 1 – the people) at 18 Virgo 36 in house 3 (newspapers, journalists, literary work, the thoughts of the people and rumors).

The aspect forecasts feuds between Donald Trump and the press and American people.

Saturn’s sense of caution acted as a restraining force. It sobered up the hotheads and had their feet on the brake pedal.

But other wars were being fought around the globe.

On December 6 with progressed Moon sesquisquare progressed Saturn Vladimir Putin declared victory over Islamic State across both banks of the Euphrates.

And on December 10 security (Saturn) was restored in Iraq when President, Fuad Masum, announced that all the territory occupied by ISIS had been liberated and the war (Mars) against Islamic State was over.

The aspect reaches peak power and discord in August 2020.

Progressed Mars the planet of disputes and fires – at 6N06 in house 4 (land, territories, homes and buildings) is parallel birth chart Saturn – planet of loss and suffering – at 6N34 in house 4.

China is involved in a dispute with India and territorial disputes with Malaysia, Indonesia, Philippines and Vietnam in the South China Sea.

Mars is the planet of war, construction, destruction, manufacturing and the weapons industry.

A cold war is not a shooting war. It’s a state of political hostility between countries that is characterized by threats, propaganda and other measures short of open warfare.

Progressed Moon is parallel progressed Mars on November 2, 2018, parallel birthchart Saturn on December 11 and square birth chart Mars on November 19 and major events pertaining to the Mars-Saturn parallel aspect can occur from August 13, 2018 to February 26, 2019 in particular from October 22 to December 18, 2018.

Mars is planet of strife, conflict and war.

It rules the soldiers in the war-zones, those who guard the streets of a nation and the police who maintain law and order.

And in the Age of Aquarius the armed services (Mars) are transforming how they fight by replacing soldiers and ammunition with drones and algorithms.

Any event involving a group bears the mark of Pluto.

ISIS is a terror group (Mars-Pluto) and its containment and defeat is a higher-Pluto enterprise involving national security forces (Saturn) and international cooperation (Pluto).

We expect the group’s influence to diminish in 2018, but the threat of terror attacks involving fanatical (Lower-Pluto) suicide bombers, cars and trucks will remain high.

They’ll occur whenever a large volume of discordant Mars-Uranus or Mars-Pluto energy impacts the Earth.

It’s a dangerous Pluto aspect, at a time when the Lower-Pluto influence is particularly prevalent.

Many misguided human souls are actively engaged in terrorist activity, coercion, corruption, on-line propaganda and the spreading of false and misleading information.

It reaches peak power and discord on December 19, 2018 and forecasts…

It sets the scene for division and drastic action.

Humanity’s enemies led by Lower-Pluto’s rogue countries, terror groups, crooks and criminal networks are under siege from the world’s security forces fighting for the higher good.

It’s shaping up as a yearlong emergency (Mars). 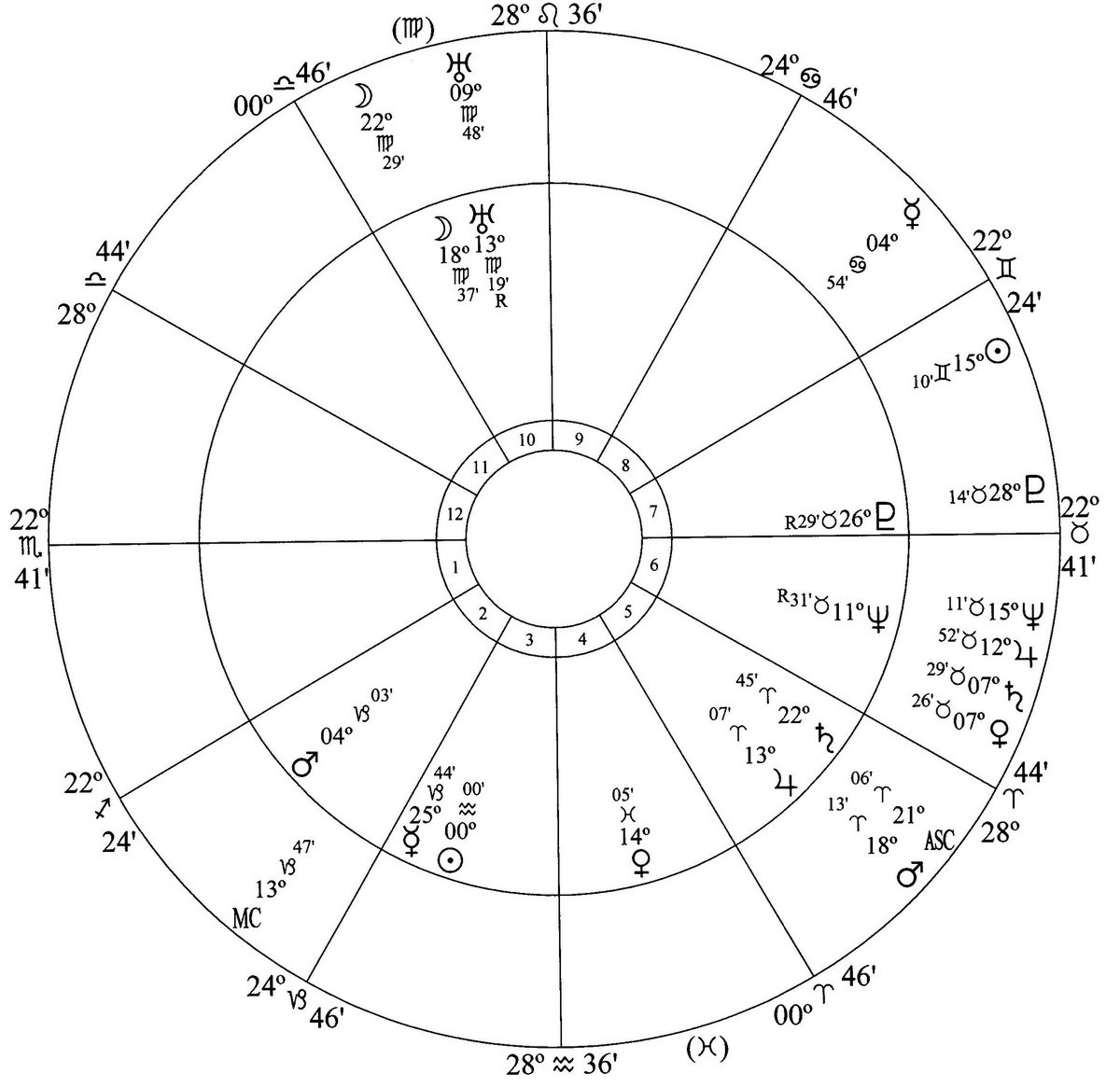 The high-discord square and opposition aspects indicate troubled times. They sign for political, economic and social problems that, in the interest of moving forward, have to be solved.

And moving forward in the Age of Aquarius is all about human rights, the welfare of others, altruistic endeavor and humanitarian issues.

The high-harmony trine and sextile aspects indicate periods of peace and prosperity. They sign for fortunate events that favor progress.

And the high powered conjunction aspects sign for political, economic and social events of historical importance.

In 2018 there’s one conjunction aspect in the Aquarian Age chart.

And progressed Venus moved to form a conjunction aspect with progressed Saturn in November 2013.

Since then security has become the world's chief concern.

The aspect merges the Venus and Saturn agendas in a very conspicuous way and reaches peak power on February 19, 2018.

Its house position in a specified chart defines its environmental setting.

Progressed Venus at 7 Taurus 52 in house 8 (taxes, debt, tariffs, insurance, pensions and the cabinet of the PM) is conjunction progressed Saturn at 7 Taurus 36.

The aspect focuses on Brexit – the UK’s-EU divorcee bill and Britain’s financial settlement as it exits the European Union.

In some countries it’s the hardship suffered by women and the social suffering inflicted by poverty and disease.

In others it’s the #MeToo movement, which has seen many women (and some men) – known as the ‘silence breakers’ – come forward with allegations of harassment and abuse.

Saturn’s fear keeps people silent. And there are those who exploit the fear of loss and the fear of not being believed for personal advantage.

And when Saturn’s drive for economy turns to greed employers exploit workers. So there’s widespread income inequality and wage theft.

You have probably benefited from the cheap clothing produced by cheap labor.

And natural disasters cause hardship, disease and suffering.

We expect the events and trends mapped by progressed Venus conjunction progressed Saturn to continually grab the headlines in 2018.

(The United Nations provides reports that will keep you up to date with what is going around the globe in regard to poverty, disease and suffering.)

Square aspects indicate obstacles and an obstacle is something that obstructs or hinders forward progress.

So the problem that an obstacle square aspect signs for has to be solved and overcome. They rarely are.

A trine aspect indicates luck that favors progress. There are no obstacles or other discords hindering the forward progress of the matters ruled by the planets forming the aspect.

Luck – the key word for the trine aspect – defies scientific explanation. It indicates that what happens comes easily and spontaneously.

And there is one trine aspect in the Aquarian Age chart in 2018.

And progressed Jupiter moved to form a luck trine aspect with birth chart Uranus in July 2015.

The aspect merges the Jupiter and Uranus agendas in a very fortunate way and reaches peak power on January 17, 2020.

It benefits trade and the publishing and advertising sectors.

(Class defines your social/financial ranking. You’re ranked by your perceived social or economic status. It does not define your moral or spiritual ranking.)

Progressed Jupiter – the planet of finances – at 13 Taurus 06 (the sign of money) in house 3 (transportation, communication, postal service, newspapers, magazines and neighboring countries) is trine (luck) birth chart Uranus – the planet of change and reform – at 13 Virgo 19R in house 7 (foreign relations, war, marriage and divorce).

Progressed Jupiter trine birth chart Uranus commenced in July 2015 and will reach peak power and harmony on January 17, 2020. So the luck will be around for a few more years.

The influence of religion is potent and entrenched.

As per data released in 2014, there are 4,200 religions in the world. The size of their congregations varies greatly.

Christianity has 2.1 billion followers. It has two main sections – Protestants and Catholics.

These religions provide humanity with religious teachings and practices and they’re all ruled by Jupiter.

And some have had a very bad press recently due to the vile behavior of some of their disciples.

Religious teachings provide humanity with a moral compass but when good ‘religious’ people do devilish deeds in God’s name the thinking members of the congregation start to question the role of religion in their lives.

Whatever, Jupiter is the planet that sources the impulse to do good.

Major progressed Moon is sesquisquare progressed Jupiter on May 27, 2018, parallel birth chart Jupiter on June 6, and moves to form a parallel aspect with birth chart Uranus on November 21 (peak power date is February 5, 2019) so major events pertaining to the Jupiter-Uranus trine aspect are more inclined to occur in April, May, June and December 2018 and January, February 2019.

It rules the desire to get something for nothing and is vague, easily fooled and desperate for easy money.

And progressed Jupiter – the financial planet – moved to form an intensity parallel aspect with progressed Neptune in January 2001.

The aspect merges the Jupiter and Neptune agendas in an imprecise but intense way that reached peak power in October 2017.

An asset/financial bubble refers to an apparently good or fortunate situation that is isolated from reality and unlikely to last.

It occurs when the price of an asset – a house or a currency – strongly exceeds the asset’s intrinsic value. And asset, financial and housing bubbles occur regularly.

In 2018 – as humanity unwittingly journeys into the Age of Aquarius – Mars will ignite rows, conflicts, violence and fires; the Sun and Mercury will stir up political controversy; the Moon will adapt to the day to day strife and domestic discord; Saturn will cause poverty, disease, suffering, misery and grief; Venus will give peace a chance and send messages of love; Venus and Saturn will provide jobs for the girls and encourage women to challenge custom and tradition; Neptune will use every means available to escape Saturn’s harsh realities and dream of a better world; Pluto will cause division and disunity and apply subtle pressures that endorse mutual cooperation; Jupiter will bring financial good-fortune, economic growth and prosperity (for some); and Uranus will make discoveries and introduce reforms and innovations that change the way we live.

Dangerous times: Mars-Pluto in the Age of Aquarius