Aquarius in crisis: Nuclear stand-off on the Korean Peninsula

In our 2017 forecast for the Aquarian Age published on December 16, 2016 we assessed this aspect... ‘It’s a high-discord, fast moving astrological event that will have a world-wide impact.

During the first half of 2017 the aggression…belligerence, provocation, inflammatory words, dangerous ideas, war talk, saber-rattling and hate will escalate.

The talks aimed at conflict resolution fail and the hot-heads advocate force and military action.

Mercury is the planet of careful reasoning but when anger surges the impulsivity of Mars erupts into fighting, feuding and aggressive force.

All things considered it’s a very dangerous moment with muscles, bombs and testosterone nullifying good sense and careful reasoning… and the endless talk, discussion and analysis aimed at resolving conflict achieves absolutely nothing.’

Now we know how the aspect is playing out on the world stage and whose belligerence, provocation, inflammatory words and saber-rattling is escalating the danger: Kim Jung-un and Donald Trump.

They fill in the missing detail that progressed Mercury opposition birth chart Mars in the Aquarian Age chart doesn’t specify.

A progressed aspect by its nature, the planets involved and their house positions provides astro-data.

It does not specify a precise event and is best viewed as an energy-event.

And their opposition aspect indicates that the intellectual and aggressive energies are unable to merge in a way that is free from disagreement and dissent.

They’re conflicting and clashing in a way that is fraught with danger, peril and risk and ‘with muscles, bombs and testosterone nullifying good sense, discussion and careful reasoning’ the chance of error, miscalculation and misunderstanding is extremely high.

It just means that the current circumstances here on Earth and in the Aquarian Age chart have greatly increased the risk.

The players and their positions

Its nuclear weapons program (Pluto) is a measure of self-protection (Saturn).

Whatever Kim’s mental state (Mercury) – his thought driver seems to be an irrational and persistent feeling that America is out to get him and his country – the threat that America poses is very, very real to him; and, as a dictator leader, he answers to no one and there are no checks and balances to constrain his actions.

(All charts are progressed to January 21, 2018 – the day that progressed Mercury opposition birth chart Mars ends.) 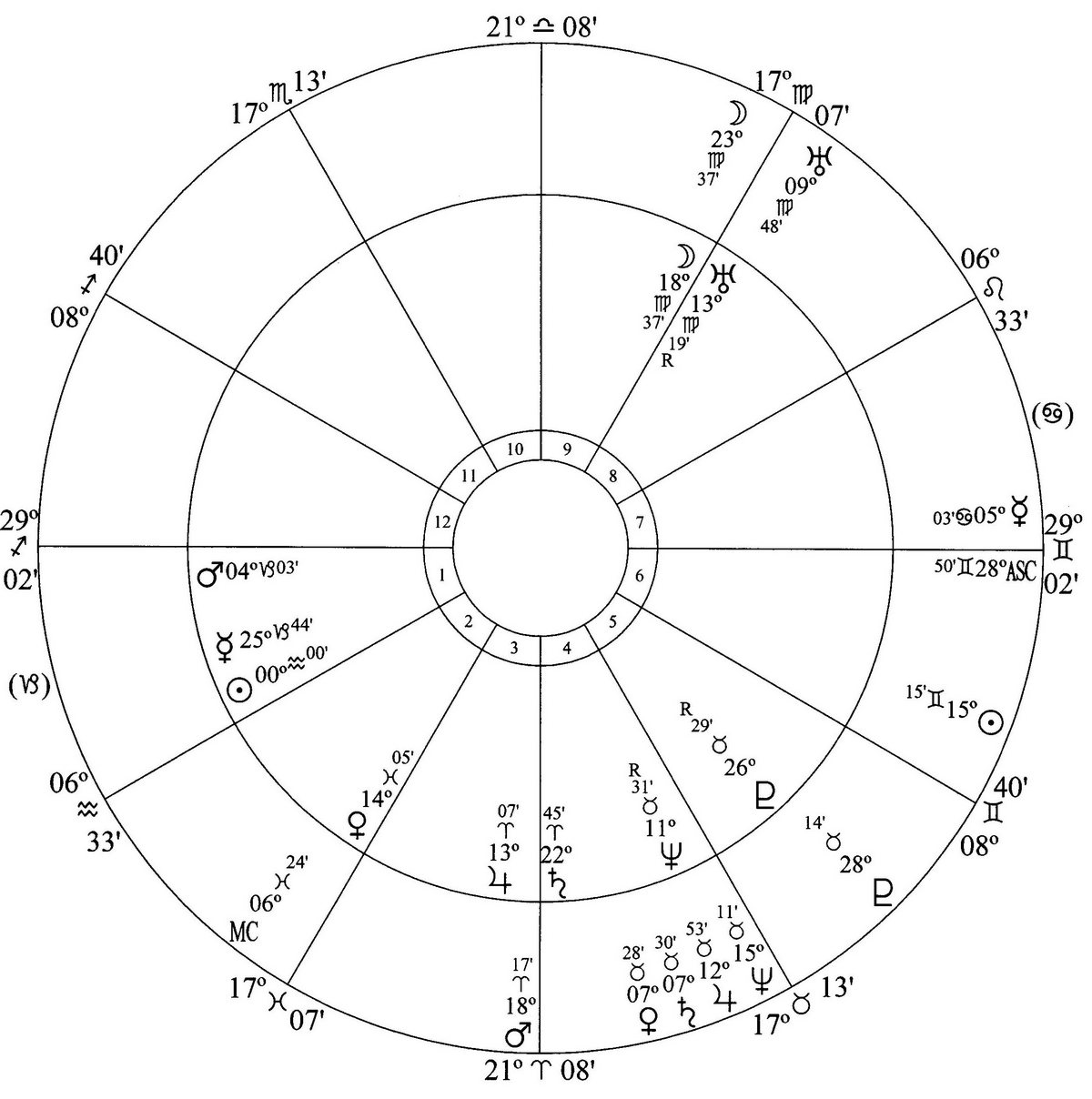 Progressed Mercury is in house 7 (America); and Kim provokes (Mars) America with words and threats but there’s no discussion taking place.

Birth chart Mars is in house 1 (North Korea and its people); and Kim is the aggressor defying the world in pursuing his nuclear arms program.

Progressed Mars in house 3 (South Korea, Japan and China) is inconjunct birth chart Moon in house 8 (trade); and progressed Venus at 7 Taurus 28 is conjunction progressed Saturn at 7 Taurus 30 in house 4 (the homeland).

North Korea’s missile launches and provocative threats have unnerved the US. Kim Jung-un has become a dangerous enemy.

Donald Trump – the Commander in Chief of the world’s nuclear weapons power house – has responded with provocative threats of his own but the actions he can take are somewhat constrained by the US Congress.

The US Aquarian Age chart progressed to January 21, 2018 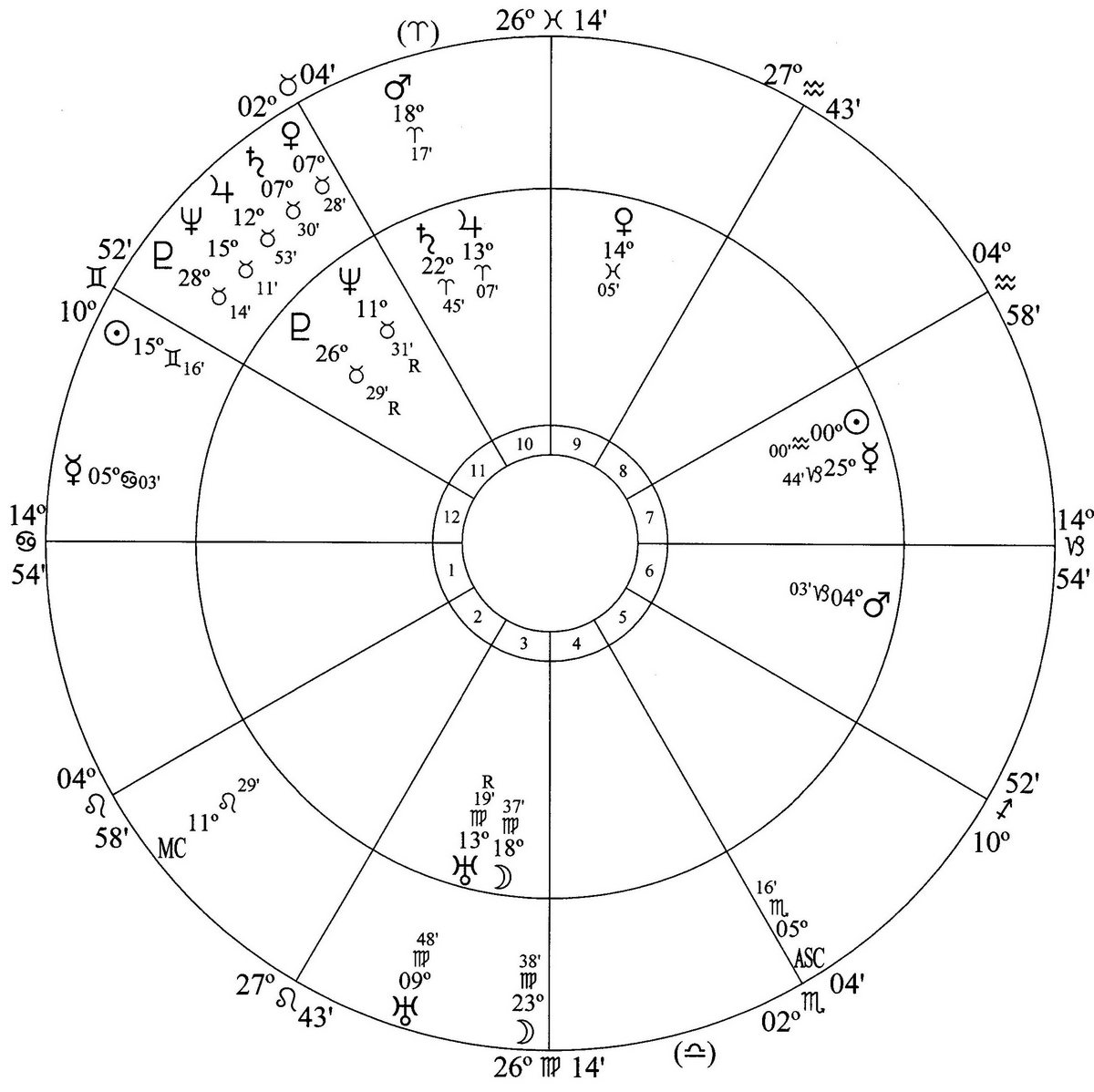 Progressed Mercury is in house 12 (restrictions, behind the scenes activity, unknown enemies and disappointments.)

It indicates that there are talks and discussions taking place in regard to North Korea (birth chart Mercury is in house 7 – the other country) that you don’t know about.

Birth chart Mars is in house 6 (US army and military personnel and other government employees.)

Progressed Mars is in house 10 (Donald Trump and his administration.)

China, like North Korea, has Mars in house 1 of its Aquarian Age chart with progressed Mercury in house 7.

Progressed Mars is in house 4 (homes, housing and the homeland).

And China has its own problems with its rogue neighbor.

War on the Korean Peninsula is not a good option so China (like Russia) advocates dialogue (Mercury in house 7) but with Mercury opposition birth chart Mars that won’t happen.

(Talks can occur after January 21, 2018 when the Mercury-Mars opposition aspect ends.)

South Korea and Japan are caught in a terrible situation.

The two Koreas have similar Aquarian Age charts with Mars in house 1 and progressed Mercury in house 7.

And with progressed Mars in house 3 South Korea is ready to take military action and fight its hostile and provocative neighbor.

Birthchart Mars at 4 Capricorn 03 is in house 12 so Japan’s capacity to deal with North Korea militarily is restricted.

Progressed Mars is in house 3 (its aggressive neighbor). Jupiter – cusp ruler of house 11 (friends and allies) – is in house 3 and Japan is relying heavily on its ally, America.

The dangerous situation involving North Korea has played itself out in the UN Security Council where a lot of talk has achieved next to nothing.

Sanctions have been imposed on North Korea but have so far failed to halt its nuclear arms program or its provocative missile launches.

And during 2017 progressed Mercury at 23 Sagittarius in house 9 was opposition birth chart Moon in house 3 (talks and discussions) and inconjunct birth chart Mars – planet of dangerous situations – in house 4 which explains why the UN struggles to find a unified consensus on how best to deal with North Korea.

But, the UN chart does have a ray of hope...

Under these harmonious Mercury progressions the Security Council will make worthwhile progress in its efforts to resolve current conflicts and maintain worldwide peace and security.

Mars in the Aquarian Age chart

Suffice to say that Lower-Pluto – the lord of the underworld and his army of cohorts here on Earth – is intent on destroying truth and true spirituality with lies, deception, brutality, hate and selfishness.

That’s when the aspect ceases to influence the global agenda so the talks that can resolve the nuclear stand-off can take place after that date, but there are other Mars progressions in the Aquarian Age chart that will stimulate humanity's aggressive energy and the harshness, cruelty and violence it is inclined to express.

The full force of this aspect is currently being felt in Myanmar (another country with Mars in house 1 of its Aquarian Age) where the military are slaughtering the Rohingya and burning their homes and villages.

The full force of this menacing aspect is being felt around the globe but its influence is subtle and less overt.

By working in the dark Lower-Pluto avoids transparency and public notice.

Mars and Saturn regular contribute to the lead stories on your favorite news service.

Mars is the planet of war and a high-discord Mars progression in the Aquarian Age chart does make war highly probable but it doesn’t make it inevitable.

In 2017 a nuclear armed rogue dictator firing missiles and threatening its arch enemy with annihilation is difficult to comprehend and progressed Mercury opposition birth chart Mars in the Aquarian Age clearly reveals the degree of danger.

The problem posed by North Korea requires a solution but the afflicted Mercury signs for indecision or a bad decision and no decision will be worse than a wrong one.