COVID-19 is more than a spot of bother. It’s not just another calamity. It’s an unprecedented global health emergency – the greatest public health-economic crisis ever to confront humanity – and the magnitude of the emergency places it in a unique event category that requires a special astrological explanation.

COVID-19 and the Aquarian Age chart

The influence of Mars was seen in the speed at which the coronavirus spread around the world; the need to make haste and move quickly to protect public health; and the danger the virus posed to doctors and health care workers.

The Mars-Venus parallel aspect manifested as a socially transmitted infectious disease; the Mars-Saturn parallel expressed as a public health emergency; the Mars-Pluto parallel aspect saw a global emergency requiring drastic measures and enforced cooperation; and the Venus-Saturn conjunction aspect expressed as the introduction of social distancing to ensure personal safety.

Due to the ease at which COVID-19 was transmitted through human to human contact the need to keep your distance and stay at home in the interest of public and personal safety (Saturn) became a prominent feature (conjunction aspect) of human behavior in every country. And with social activity (Venus) quarantined there was massive social damage (Venus parallel Mars and conjunction Saturn).

But the special progressed aspect in the Aquarian Age chart that explained the unparalleled destructive magnitude of the COVID-19 public health-economic crisis was the vernal equinox at 28 Aquarius 03 square progressed Pluto at 28 Taurus 17.

When the WHO declared the coronavirus a public health emergency on January 30, 2020 progressed Moon in the Aquarian Age chart was opposition progressed Mars stimulating all the Mars progressions; and on March 11, 2020 when COVID-19 was declared a pandemic progressed Moon was parallel progressed Venus and progressed Saturn stimulating their progressed conjunction aspect and the Mars-Venus, Mars-Saturn parallel aspects.

The vernal equinox at 28 Aquarius 03 in house 1 (domestic issues and the people and their health and welfare) is square progressed Pluto at 28 Taurus 17 in house 4 (land, homes, agriculture and weather events).

COVID-19 and Saturn conjunction Pluto in the sky

The special astrological event that timed the coronavirus pandemic and the drastic measures that had to be enforced to protect public health was Saturn conjunction Pluto in the sky. It reached peak power on January 12, 2020.

An in-sky Saturn-Pluto conjunction is a rare astrological event.

The previous one occurred November 8, 1982. This was 4 years before the vernal equinox in the Aquarian Age chart moved to form a square aspect with progressed Pluto in May 1986. It heralded a severe economic recession (Saturn) that affected much of the developed world (Pluto), but no global health emergency. 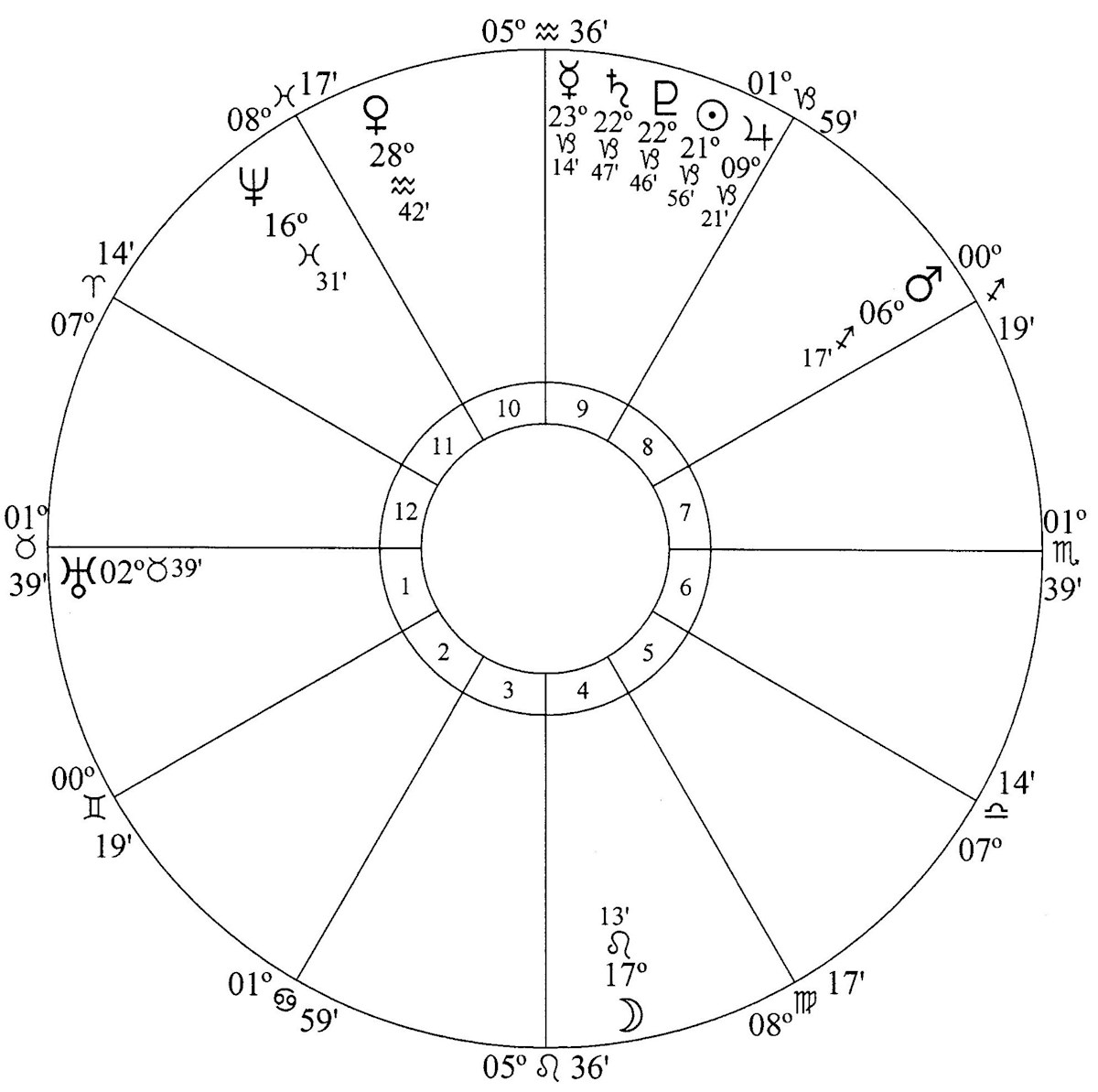 Saturn and Pluto are in house 9 indicating that their conjunction in the sky will directly impact Argentina’s trade, legal-matters, courts and religious practices.

COVID-19 and the Pluto-Period chart 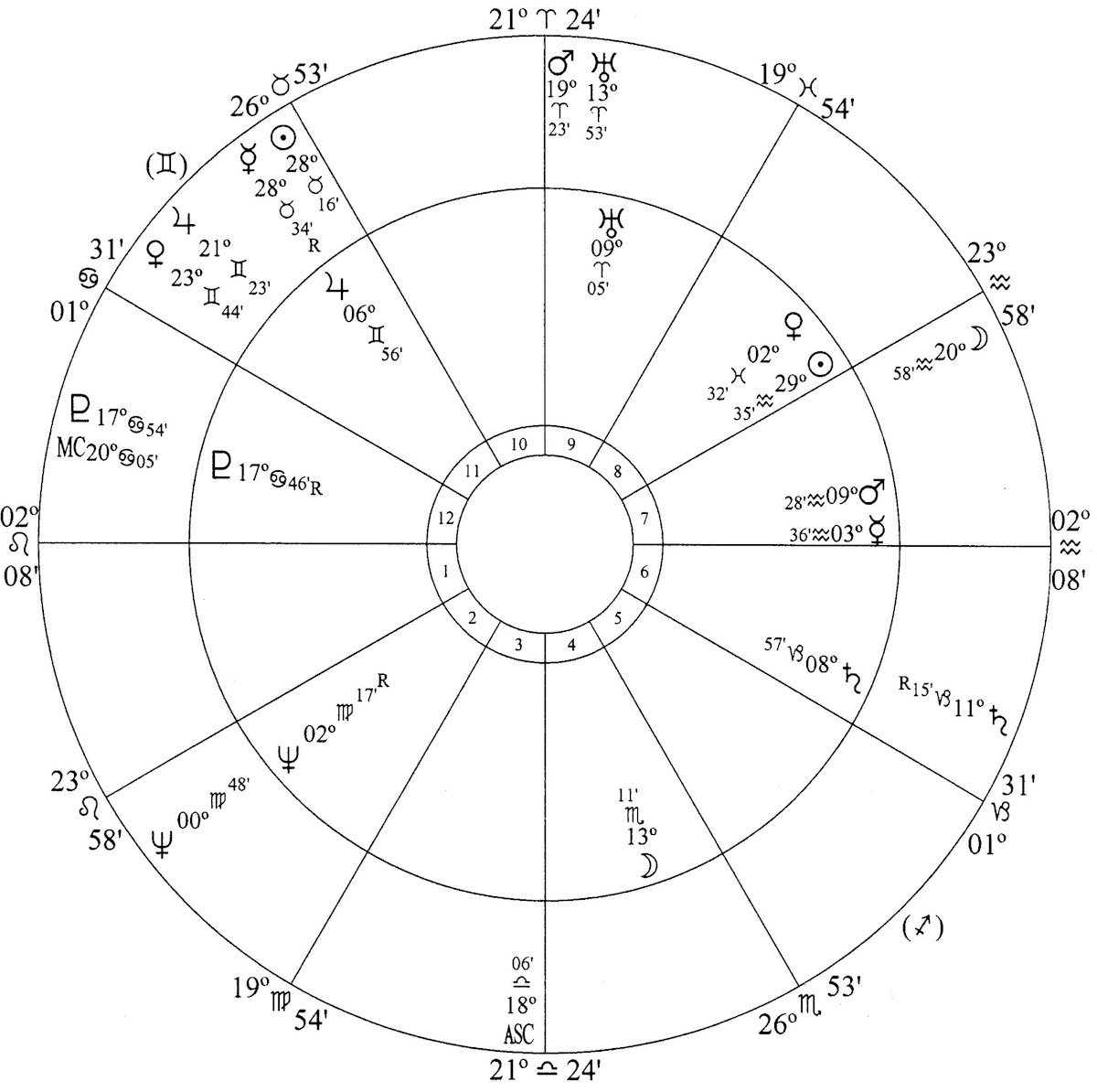 Pluto was discovered by Clyde W Tombaugh and in his book Out of the Darkness, The Planet Pluto he explained what happened.

On the afternoon of February 18, 1930 he was comparing photographed images of the sky on Gem plates and spied a fifteenth magnitude image popping out and disappearing in the rapidly alternating views. It was Pluto and Clyde Tombaugh experienced his eureka moment.

It’s amazing that amidst the thrills and excitement that he even thought to check his watch to estimate the time he discovered Pluto but he did – ‘at very close to four o’clock, Mountain Standard Time’. And here lies an astrological dilemma. What was the actual time?

4.00pm MST is the almost precise time that Pluto was discovered and research reveals that this on-the-hour birth time will have a plus or minus 7 minute margin of error and circumstantial evidence provided by the 4.00pm birth chart supports a birth time that is closer to 3.53pm.

The discovery of Pluto heralded the commencement of the Pluto Period of the Aquarian Age so the Pluto Period birth chart is a global chart but little is known about its role and function in global affairs and if the progressed aspects in the chart define and time significant global events.

Theoretically, Pluto is the chart’s hot spot so Pluto’s house position and progressed aspects are the chief sources of data.

Pluto – planet of division, misinformation, crime and menace – is in house 12 (clandestine, undercover activity, secret, hidden enemies, hospitals, nursing homes, prisons, crime, criminals, isolation, disappointment and self-undoing) and every now and then, when Pluto is stimulated by progression, he leaves the shadowy confines of house 12 and ventures out into the public domain where his special kind of iniquity inflicts havoc, mayhem and destruction.

Pluto’s discovery on February 18, 1930 has always been linked to the Great Depression of the 1930s.

In August 1929 America’s economy was in trouble and on October 24, 1929 when the stock market crashed its economy fell off a cliff. (Saturn – planet of recession – was parallel Jupiter and Pluto in the sky.) Prior to the crash there were 1.5 million unemployed workers and in March 1930 the number jumped to 3.2 million. In 1933 the number of unemployed peaked at 24.9%/15 million. In most countries the Great Depression started in 1929 and lasted until the late 1930s.

Fast forward to 2017 and North Korea conducts a series of missile (Mars) and nuclear (Pluto) tests escalating tensions on the Korean Peninsula. The war of bellicose talk between North Korea and America that had the world on tenterhooks in 2017 was defined by progressed Mercury opposition birth chart Mars in the Aquarian Age chart; and tensions eased dramatically when the Mercury-Mars opposition ended in January 2018.

And in the Pluto Period chart during 2017 progressed Mars was sextile birth chart Pluto.

In December 2019 when the coronavirus first emerged in China in not quite transparent circumstances progressed Moon was trine progressed ascendant and inconjunct progressed Pluto stimulating their progressed square.

In 2020 the house 12 influence of Pluto is most pronounced in the enforced social isolation made necessary by the coronavirus. It tests your ability to adapt and impacts your psychological wellbeing. Human beings are social creatures – their social urges (Venus) desire social interaction with loved ones and friends –and the mental and emotional distress caused by being home alone and locked away (house 12) is one way that Lower-Pluto can achieve his insidious intentions. Enforced social isolation and prolonged economic hardship can take their toll on your mental and emotional wellbeing.