Virginia Giuffre is an American advocate for sex trafficking victims who founded the nonprofit organization Victims Refuse Silence in 2015.

Between 2000 and 2002 she was closely associated with Jeffrey Epstein and Ghislaine Maxwell travelling between Maxwell’s residences in Palm Beach and Manhattan.

She alleges that she was trafficked by Epstein over a two and a half year period to provide sexual services for him and a number of his business associates including  Prince Andrew in 2001 and Harvard law professor emeritus Alan Dershowitz.

Giuffre described her experiences of being sex trafficked in a BBC Panorama interview which aired on December 2, 2019. Her direct appeal helped shift public opinion in favor of justice for survivors.

Her chart progressed to December 2, 2019 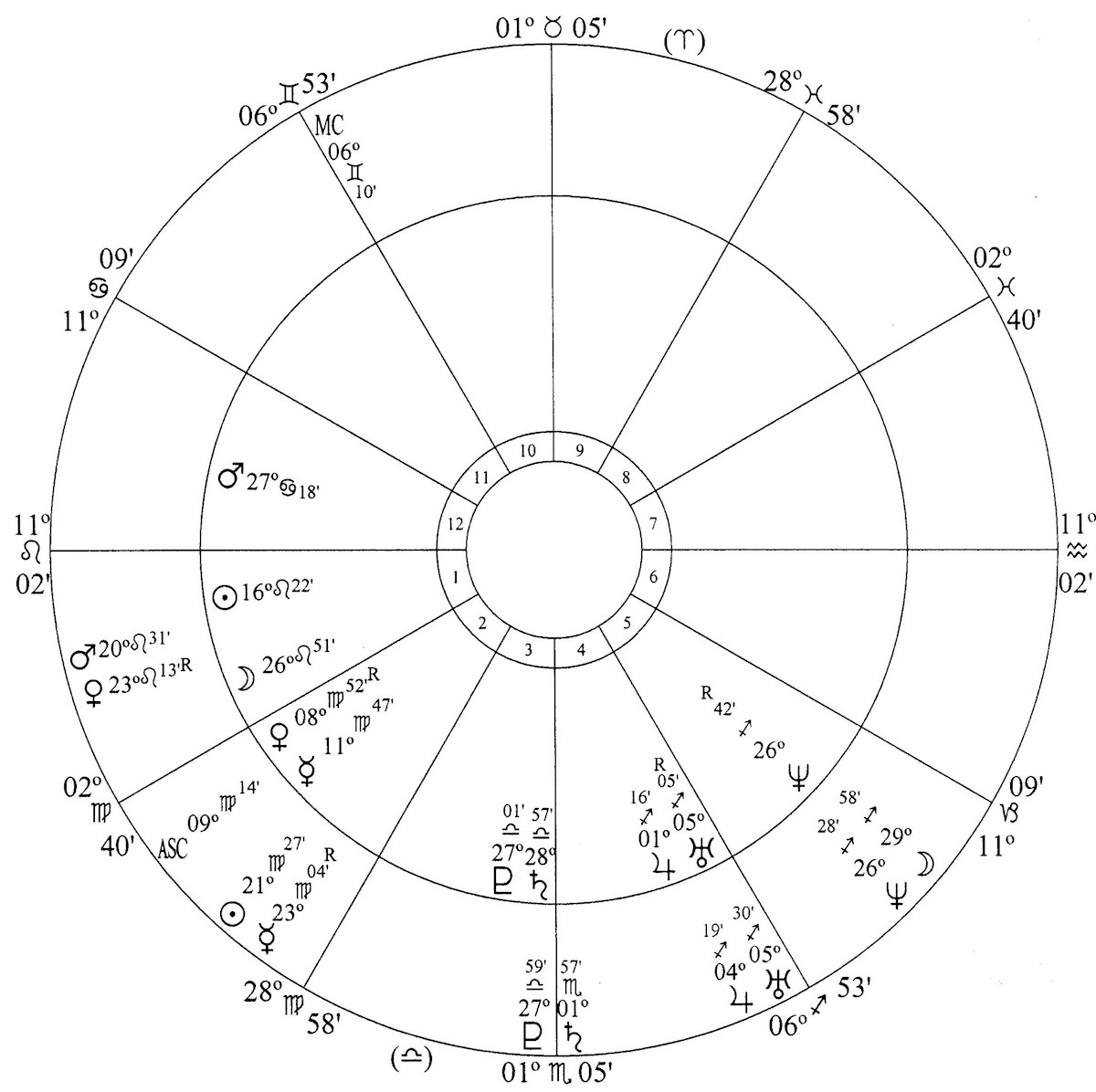 Moon, Mars, Neptune, Pluto and Uranus have above average power.

These planets and their house locations define her life story.

In her chart Mars – planet of sex – in house 12 (crime, secrets and sorrow) is square Pluto – planet of crime and trafficking; and Pluto is conjunction Saturn – planet of loss and suffering – in house 3 (her daily thoughts and conscious mental activity).

Mars square Saturn and Pluto describes the environmental circumstances she encountered for much of her early life.

Saturn and Pluto are opposition Midheaven but Moon in house 1 conciliates the house 3-house 10 (mental conflict-reputational) discord and she channelled the discordant energy into personal endeavour and established the Victims Silence Refuge.

Moon – her dominant planet – aspects every planet in her chart. It’s high in harmony so her ability to adapt and keep on adapting is her outstanding ability.

Neptune in house 5 (sex) maps a potential to be deceived and tricked in regard to sexual matters. Sun, in house 1 conjunction ascendant, is her weakest planet.

Personal data is from her Wikipedia entry.