February 24, 2020: Rose McGowan, an early Weinstein accuser, in an interview on BBC’s Newshour program says: ‘The little girl I was when I was hurt, she’s ecstatic... This is a great day. The trash has been taken out. The fact that we are white women and attractive and of some means and it still took this many of us to even get him to have one day in court – just tells you…how almost impossible it is to even be heard, period, let alone [get] any kind of conviction.’

On October 10, 2017 McGowan stated that Harvey Weinstein had behaved inappropriately toward her and via Twitter, attacked other men in the movie industry, tweeting: ‘All of you Hollywood ‘A-list’ golden boys are LIARS...You all knew.’ On October 12, 2017 she alleged Weinstein had raped her. 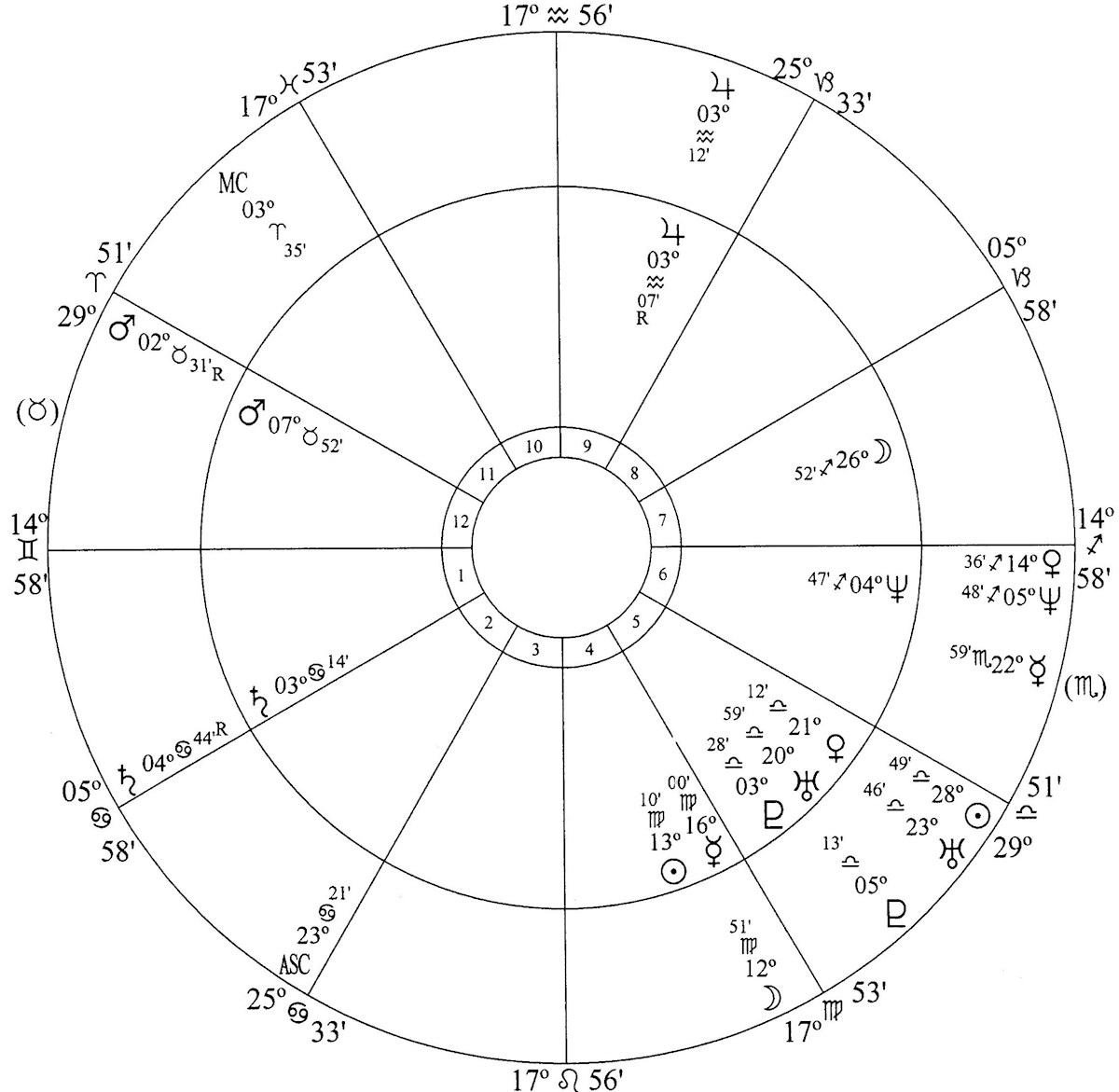 House 5 (entertainment, films and sex) plays a prominent role in her life story; Sun – planet of men – has a discordyne score (square Neptune and ascendant) indicating problems with men; and Mars – planet of rape – is in house 12 (secrets).

With Sun trine (luck) Mars she won the fight and the sexual predator (Mars) ended up behind bars (house 12).