Progressed Mercury – the cusp ruler of house 12 – in house 7 at 3 Taurus 46 was inconjunct birth chart Neptune – planet of fraud – in house 2 (money) at 3 Sagittarius 00.

July 8, 2021: Michael Avenatti is sentenced to 2-1/2 years in prison for trying to extort Nike. US District Judge Paul Gardephe (house 10) said Avenatti, ‘had become drunk (Mars) on the power (Sun) of his platform’ in betraying his client, a youth basketball coach, for his own gain. 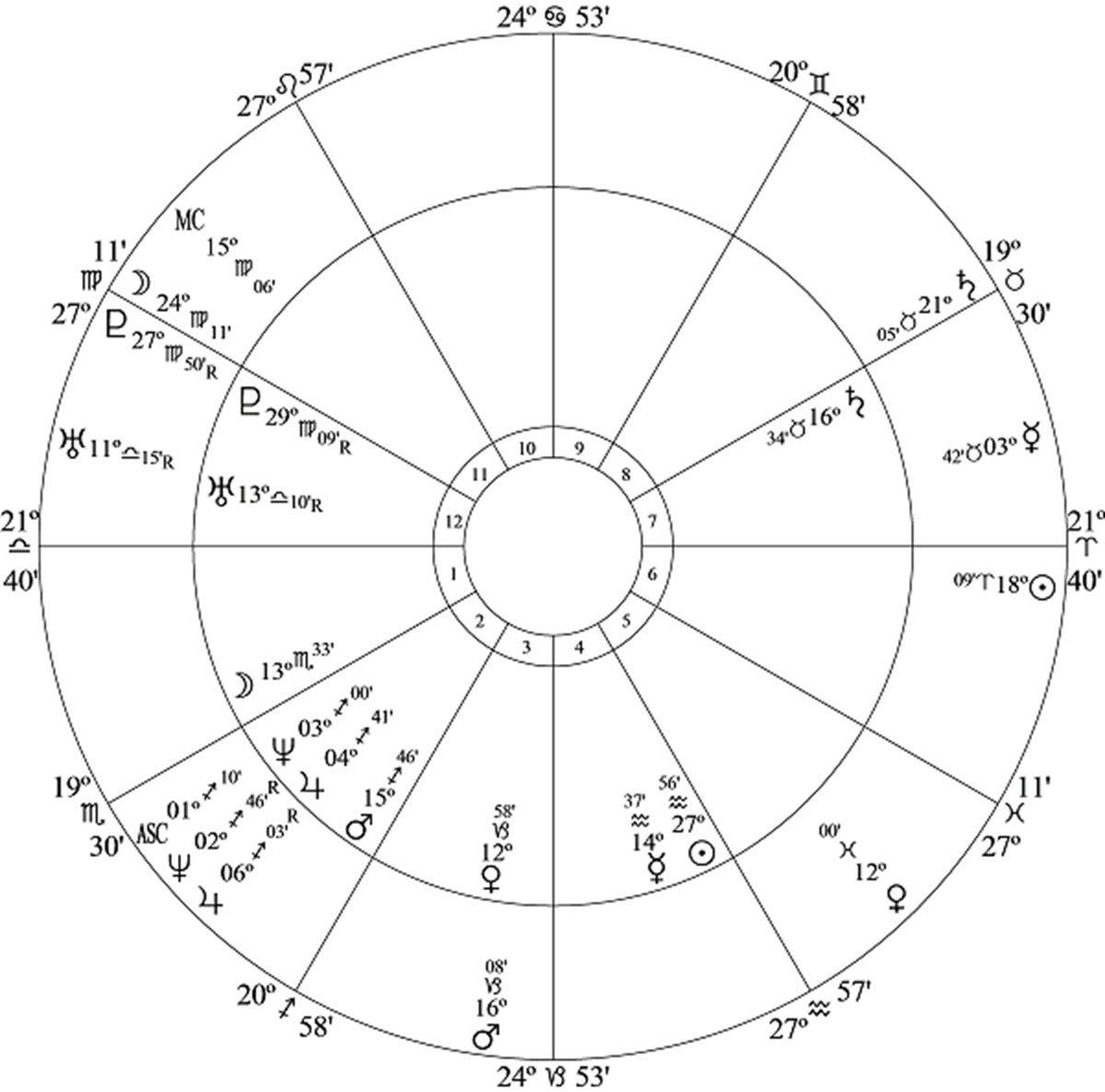 Progressed Midheaven (his honor and reputation) at 15 Virgo 06 in house 11 was inconjunct birth chart Mercury – cusp ruler of house 12 (prison) – at 14 Aquarius 37 in house 4; and square birth chart Mars – planet of strife – at 15 Sagittarius 46 in house 2.

February 14, 2020:  A jury in Manhattan finds Michael Avenatti guilty of trying to extort Nike Inc out of millions of dollars and defraud a youth basketball coach he represented.

Progressed Mercury at 3 Taurus 25 and 15N37 in house 7 (the prosecution) and cusp ruler of house 9 (the court case) was inconjunct birth chart Neptune – planet of nonviolent crime – at 3 Sagittarius 00 in house 2 (finances) and parallel birth chart Pluto – planet of extortion – at 15N22 in house 12 (crime and imprisonment).

Progressed Mars at 15 Capricorn 19 in house 3 – the cusp ruler of house 7 (the prosecution) – was semisextile birth chart Mars at 15 Sagittarius 46 in house 2.

Progressed Venus at 8S36 in house 5 (sport and baseball teams) was parallel birth chart ascendant at 8S27 in the third decanate of Libra – expiation.

And progressed Midheaven (publicity) at 13 Virgo 44 in house 11 was sextile birth chart Moon – at 13 Scorpio 33 in house 1 and cusp ruler of house 10 (Nike) – ensuring his court case would get wide publicity.

He will appeal the verdict but house 12 is very active so things are not looking good.

On February 7, 2020 progressed Venus moved to form an inconjunct aspect with progressed Uranus in house 12 (prison); and progressed Mercury – the cusp ruler of house 12 – is parallel birth chart Pluto in house 12 till April 2029.

Michael Avenatti is a celebrity lawyer whose clients include Christina Aguilera, Glenn Frey and Don Henley. He represented Stormy Daniels in her lawsuit against Donald Trump.

In regard to his extortion court case federal prosecutors alleged that during a meeting with a lawyer for Nike in March 2019 he threatened to release damaging information (house 3) about Nike unless it paid him between $15m and $25m.

At the time he approached Nike, Avenatti had been representing his then-client Gary Franklin, who ran a youth basketball league in Los Angeles.

Nike immediately reported the matter to federal prosecutors and Avenatti was arrested shortly after announcing he would hold a news conference about a scandal surrounding the company.

In March 2019 when he threatened to release damaging information about Nike progressed Mercury in his chart was inconjunct progressed Neptune and parallel birth chart Pluto. 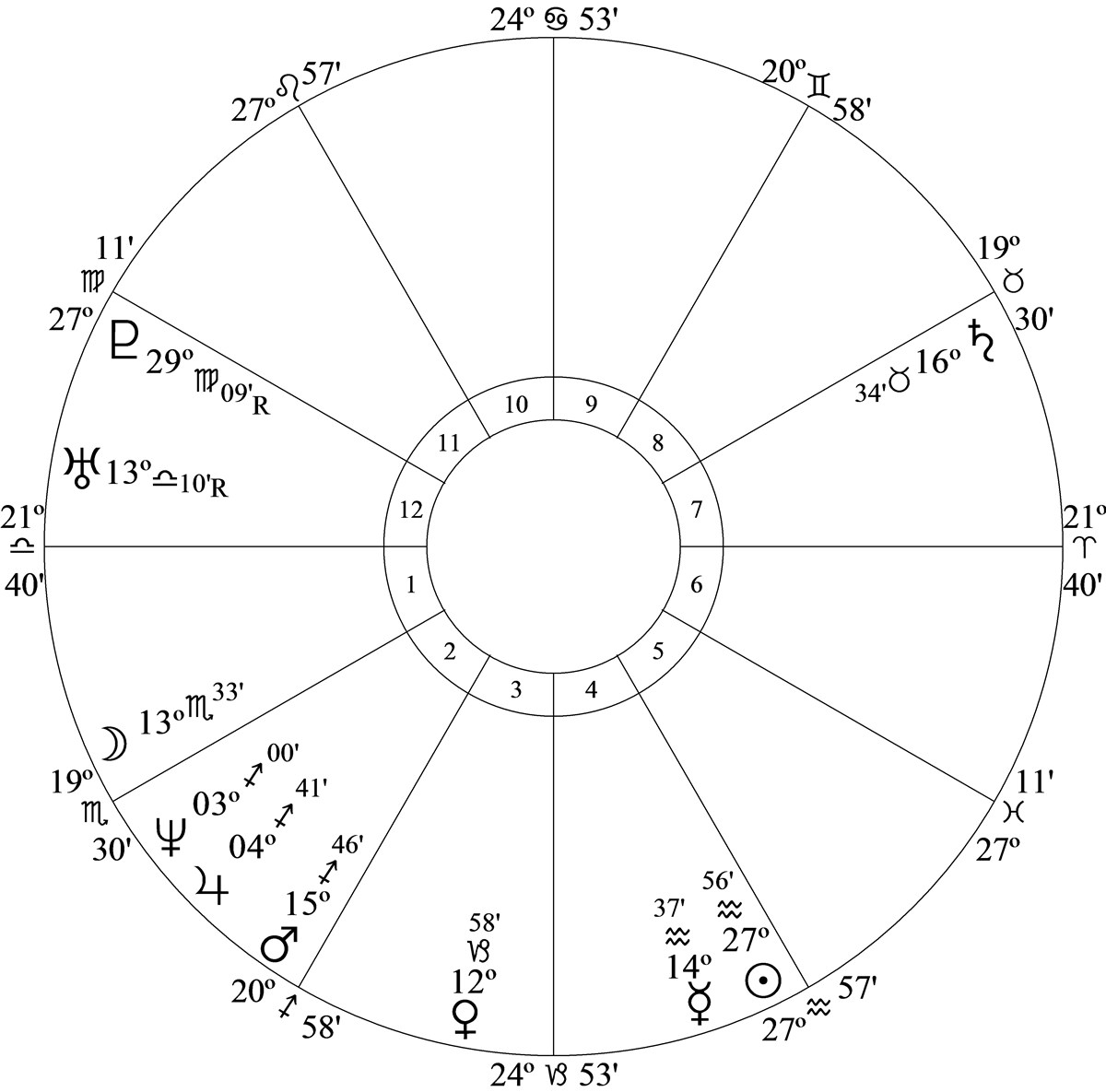