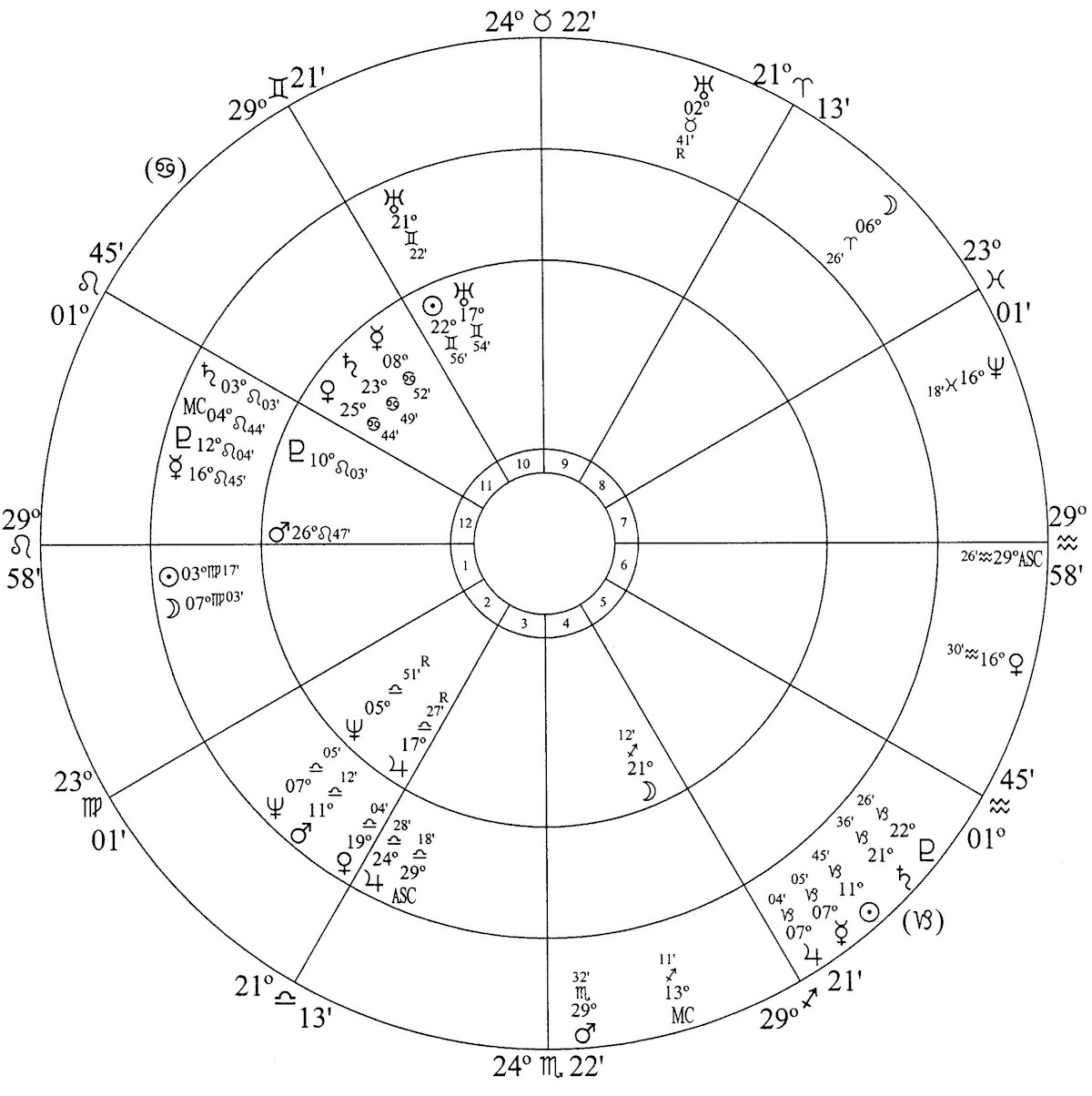 Progressed Mars – planet of violence and war – at 11 Libra 12 in house 2 was semisquare birth chart Mars at 26 Leo 47 in house 12 (disappointment and self-undoing) and sextile progressed Pluto – planet of drastic action – at 12 Leo 04 in house 12.

Progressed Moon at 7 Virgo 03 in house 1 was semisextile progressed Neptune – planet of unreliable expectations and cusp ruler of house 8 (death) – at 7 Libra of 05 in house 2.

The Neptune-house 8 event was timed by transit Mercury (at 7 Capricorn 05 in house 5) square progressed Neptune.

The progressed chart is timed for midday on January 2. It seems that after 2 days of discussions with advisors that Trump ordered the killing of General Qasem Soleimani around this time.