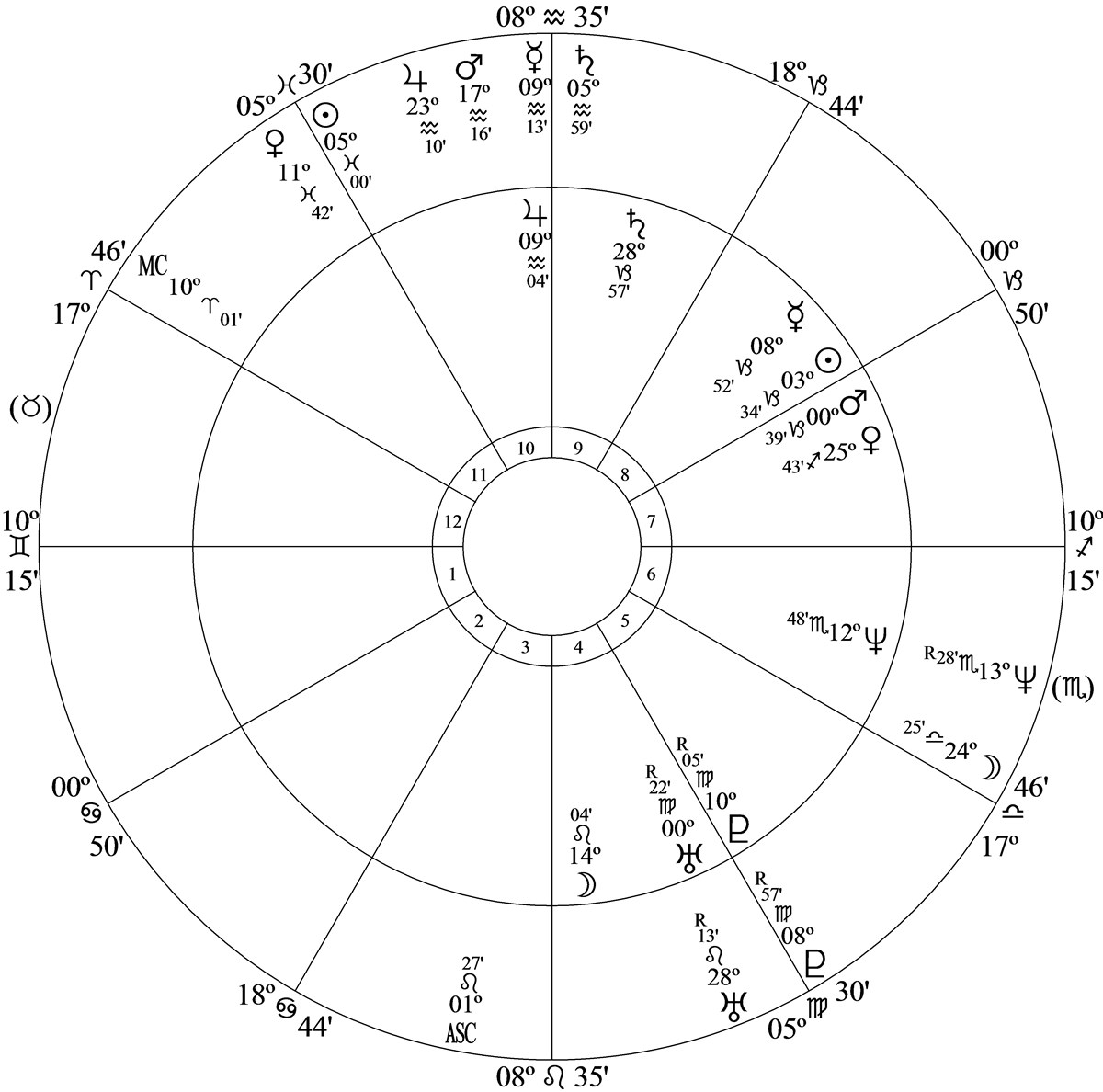 Progressed Moon at 24 Libra 25 (the decanate of expiation) was semisquare birth chart and progressed Pluto.

The major house 12 (prison) event mapped by the Mars progressions was timed by transit Mercury at 17 Gemini trine progressed Mars at 17 Aquarius 16.

Transit Midheaven at 17N15 was parallel progressed Mercury at 17S00 and transit Mars at 25 Aries was sesquisquare birth chart Pluto at 10 Virgo 05R.

There are no major progressions involving Venus the ruler of Taurus the intercepted ruler of house 12. Mars is conjunction Venus in house 7 of her birth chart.

December 29, 2021: Ghislaine Maxwell is found guilty on five of six counts, including the most serious charge of sex trafficking of minors, which carries a sentence of up to 40 years in prison.

The lawsuit (house 7) brought by the US At tourney’s Office for the Southern District of New York (and the women/girls Maxwell was accused of trafficking) was mapped by progressed Mercury at 8 Aquarius 56 in house 10 conjunction birth chart Jupiter at 9 Aquarius 04, the cusp ruler of house 7; and progressed Venus (girls) at 11 Pisces 05 square birth chart ascendant at 10 Gemini 15.

Venus (girls) is conjunction Mars (sex) in house 7 (open enemies) and Venus and Mars are the cusp rulers of house 12 (prison). Progressed Mars is active by progression: It’s parallel birth chart Moon and progressed Mercury. (A person  can only go to prison when there is a major progressed aspect to house 12 in their birth chart.)

Venus and Mars the rulers of house 7 are active by progression.

Her progressed-transit chart for the start of the trial

On December 6 progressed Moon moves to form a parallel aspect with progressed Midheaven stimulating all the Midheaven progressions. It reaches peak power on March 18, 2022 so the court case and verdict will get major publicity via the print and electronic media.

Progressed Venus at 9 Pisces 13 in house 11 was opposition progressed Pluto at 9 Virgo 00R in house 5. Venus rules Taurus the intercepted ruler of house 12.

December 27, 2019: It’s reported by Reuters that Ghislaine Maxwell is wanted by the FBI.

Progressed Mercury – planet of controversy – the cusp ruler of house 1 (her) at 7 Aquarius 59 in house 9  was conjunction birth chart Midheaven (publicity) at 8 Aquarius 35.

The Midheaven-publicity event was timed by transit Venus at 8 Aquarius 17 in house 9 conjunction progressed Mercury and birth chart Midheaven.

Progressed Venus – the intercepted ruler of house 12 (FBI) – at 8 Pisces 34 in house 11 was opposition progressed Pluto – planet of crime and trafficking – at 9 Virgo 01R in house 5 (sex and underage juveniles).

And progressed Mars – the cusp ruler of house 12 (crime and FBI) – at 15 Aquarius 19 in house 10 (her reputation) was semisquare birth chart Mars at 00 Capricorn 39 in house 7 (opponents and enemies).

With progressed Mercury – the cusp ruler of house 1 (her) and house 5 (the sex trafficking allegations) – conjunction birth chart Midheaven she’ll get her share of publicity during 2020.

On November 19, 2019 – with progressed Moon at 23 Virgo 24 in house 5 sesquisquare the progressed Mercury-birth chart Midheaven conjunction – The Sun, a British tabloid (Mercury), offered a 10,000 pounds reward for information on Maxwell’s whereabouts.

During 2019 progressed ascendant in her chart was opposition birth chart Saturn (fear) in house 9 so she’s frightened and doing all she can to protect herself; and with Mercury – the travel planet – in house 9 she’s very mobile and may have moved to an overseas location. 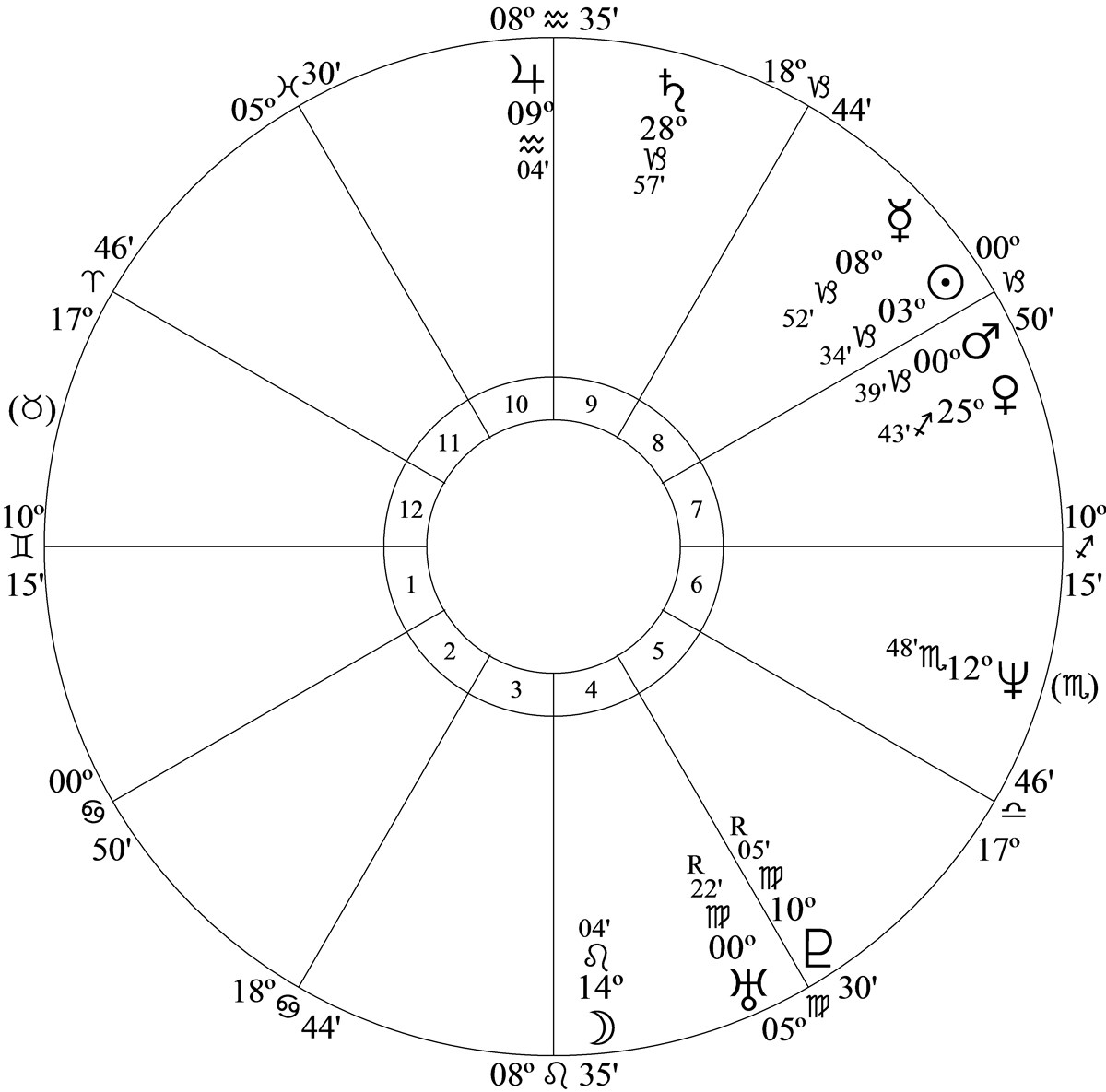 Maxwell, a well known socialite (Venus has above average power), moved to the United States in 1991. She disappeared from view in 2016 and has been hard to find since the Jeffrey Epstein scandal broke in 2019 when she faced allegations of procuring and sexually trafficking underage girls for Epstein.

Jupiter is her dominant planet and she was born into wealth and lived a life of luxury hanging out with the rich kids on the block.

Venus is conjunction Mars in house 7 (partners and opponents) and both planets have above average power. Venus is social, pleasure seeking and convivial but the charming lover of society possesses little moral power and easily yields to impulse and desire without thought or moral reflection; and Mars is the planet of passion, coarseness, cruelty, sex and strife.

Pluto – planet of coercion and forcing people to do things against their will – is in house 5. It forms an exact square aspect with the ascendant so there’s a dark side to her personality; and with Mars in house 7 she has dangerous enemies and opponents who can do her a lot of harm.