Following World War 2 Germany was divided up by the occupying powers – the US, UK, France and the USSR – with the eastern part occupied by the Soviets.

Berlin was split four ways, with British, French and American zones in the west of the city and a Soviet zone in the east; and on August 13 1961 the East-West border was closed and East German construction workers began building a wall to prevent East Germans escaping into West Germany.

The Berlin Wall stood as a symbol of the ‘Iron Curtain’ splitting West and Eastern Europe and its fall on November 9, 1989 was an iconic moment.

Some chapters in humanity’s story are written in the sky and in 1989 Saturn and Neptune formed conjunction aspects on March 3, June 24 and November 13.

1989 was a freedom year and Neptune – the planet of great expectations – gives the most wondrous freedom. It played a leading role in tearing down the Berlin Wall (Saturn) and freeing people.

In the 50s and 60s, the Soviet Union quelled independence movements in Hungary and Czechoslovakia with tanks and bullets but in the 1980s it was faced with acute economic problems and food shortages (Saturn).

In 1985 Mikhail Gorbachev took power and in April 1986 the Chernobyl nuclear power station in Ukraine exploded. Discontentment in the Union was escalating and when the liberty bell rang in 1988 rather than sending in tanks Gorbachev sanctioned the cry for freedom.

Neptune’s 1989 freedom revolution was started by Uranus in 1988.

Uranus was conjunction Saturn on February 12, June 26 and October 18, 1988 and in April and May 1988, after years of activism, the reform movement in Poland forged into a wave of strikes. Revolution was coming.

In May 1989 the Iron Curtain began to fall when 150 miles (240km) of barbed wire separating Hungary and Austria was dismantled; and by August 1989 the revolutionary wave was gathering momentum and moving fast.

On August 10 government officials in Hungary announced they would now take a soft-line (Neptune) with first time East German border offenders; on August 19/2o more than 700 East Germans made the biggest mass escape to the West since the Berlin Wall was built; and on August 23 two million people across Estonia, Lithuania, and Latvia joined hands to form a 675.5 km (419.7 mile) human chain across all Baltic States calling for independence (Uranus).

The freedom revolution in East Germany began in Leipzig on October 9, 1989 when 70,000 East Germans took to the streets calling for reform and free elections. On October 16 120,00 people joined the protest march; on October 23 250,000 marched; on October 31 the numbers swelled to half a million; and on November 4 around half a million people demonstrated in Alexanderplatz in the heart of East Berlin. The fall of the Wall was just days away.

On November 9, 1989 in order to calm the escalating unrest East German leaders decided to make it easier for East Germans to travel by making minor changes to border controls.

Notes about the new rules were handed to Günter Schabowski, a government spokesman, who had no time to read them before giving his regular press conference.

When he read ‘private travel outside the country can now be applied for without prerequisites’ reporters were stunned. Journalists wanted more detail and when he was asked when the new rules would come into affect Mr Schabowski said that as far as he was aware, they were effective immediately. And on hearing the news on television huge numbers of East Germans flocked to the border.

Harald Jäger, a border guard in charge that evening, watched the press conference in confusion (Neptune) and then watched the crowd arrive. To clarify his position he called his superiors but they gave no orders – either to open the gate or open fire to stop the crowd.

It was a pivotal moment and after quickly assessing the situation he gave the order: ‘Open the barrier!’ And thousands of people flowed through celebrating and crying. Many climbed the wall at Berlin’s Brandenburg gate chipping away with hammers and pickaxes. Gaining freedom is the best feeling. 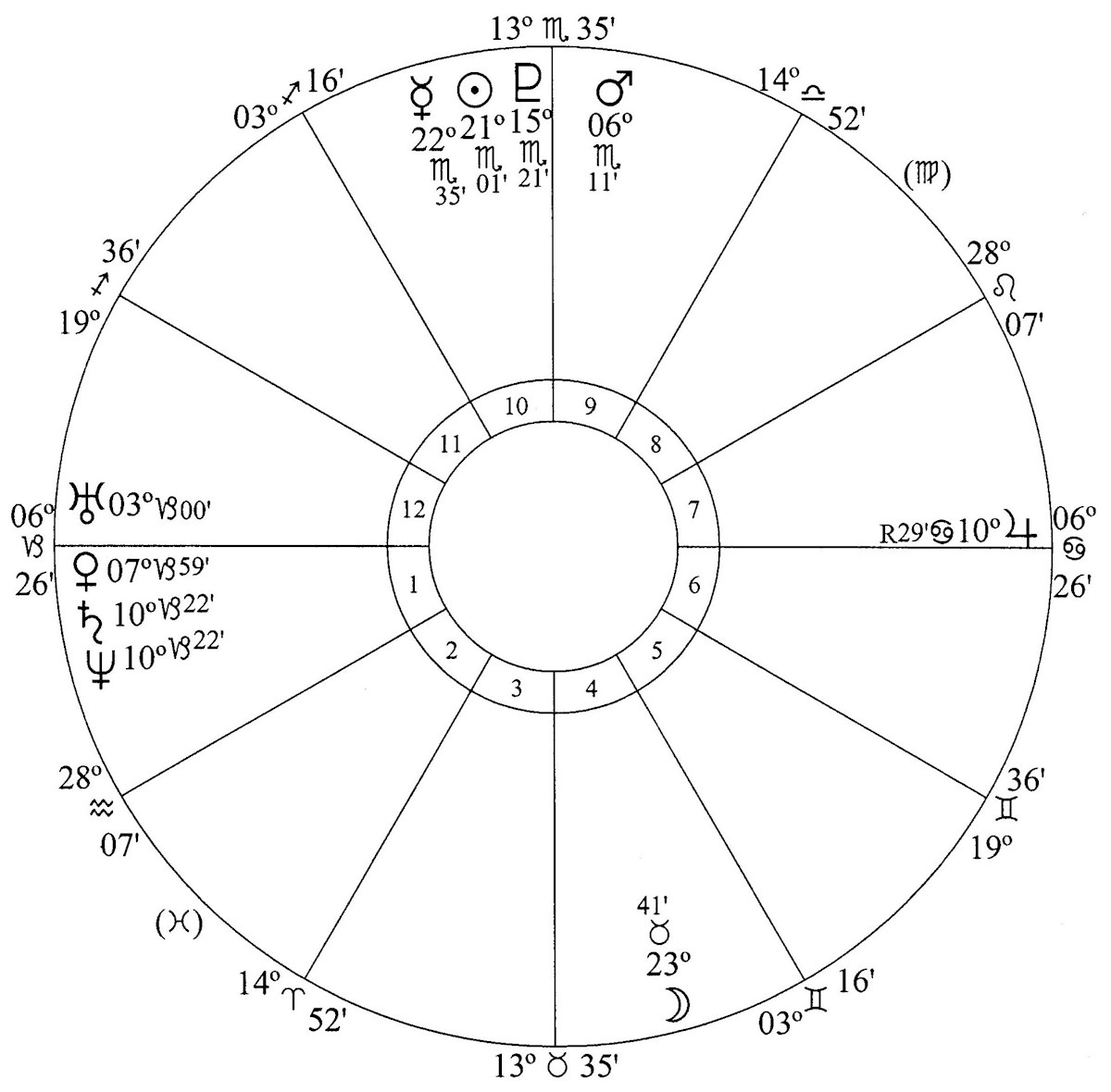 The Saturn-Neptune conjunction in house 1 (the people) is conjunction Venus, ascendant and Uranus.

1989 was a year of wonder. It was the year when the freedom impulse ignited by Uranus and fanned by Neptune did the unthinkable and tore down the Berlin Wall.

It signalled the eventual overthrow of communist rule throughout eastern Europe, the end of the USSR on December 26, 1991 when it was voted out of existence by the Supreme Soviet and a new world order.

1989 and the Aquarian Age chart

So the events and developments that defined 1989 were scripted by a massive amount of luck and harmony in the Aquarian Age chart.

And 30 years later in 2019 Saturn has moved to form a conjunction aspect with Pluto in the sky and the cry for democracy and basic human rights is again ringing out around the world as people fed up with poverty, unemployment and their incompetent, corruption ridden governments are taking to the streets to demonstrate for a better deal and a better life.

A detailed account of the fall of the Berlin Wall is available on many news and history websites.

Other Articles in Shoot the past