Aquarius: A snapshot of September 2019

What you need to know about September 2019 in a timeline snapshot of major astro-events.

Risks and tensions on the world stage escalated in August and they’re about to escalate further in September 2019.  September will be a very eventful month.

The Saturn-Pluto influence is widespread.  It’s driving the US-China tariff war; the drastic economic situation in Iran; North Korea’s ballistic missile tests; the suffering in Syria and Yemen; the economic hardship in Venezuela, Sudan and DR Congo; and climate change.

In Hong Kong the citizens are fighting for their democratic freedoms; in Kashmir the residents are fleeing the guns and violence; in America the next random mass shooting is already being planned; in Britain the nation’s future is in the hands of Boris Johnson; and somewhere an old conflict or new crisis is waiting to erupt and spiral out of control.

There’s so much risk, danger and uncertainty you can’t keep up and in September 2019 the influence of Mars, Jupiter, Uranus, Neptune and Pluto is striking.

The Mars cycle is very active, there are four aspects in the Jupiter cycle and the Moon-Sun lunation in the Virgo new Moon chart is conjunction Mars, trine Uranus and sesquisquare Pluto.

Mars is all about conflict, violence, accidents and fires; Jupiter manages the finances, banks and currencies; Uranus drives the reform agenda and keeps changing the world; Neptune exaggerates and promotes share market and investor uncertainty; and Pluto spreads misinformation and has massive crowds taking to the streets.

The astro-events to watch this month

September 6: Progressed Pluto parallel Saturn in the Pluto cycle > the stakes are high in the stand-off in Hong Kong

September 9: Progressed Mars opposition and parallel Neptune in the Mars cycle > Iran and the Strait of Hormuz and Kashmir are conflict hot-spots

September 14: Mars opposition and parallel Neptune in the sky

September 21: Jupiter parallel Saturn and square Neptune in the sky

In the Aquarian Age chart…

Lower-Pluto is cunningly working behind the scenes to deprive you of your rights and freedoms.

September 4: Progressed Moon inconjunct progressed Neptune starts > Neptune, the planet of inflation, oil, drugs and opioids, is ever alert to sow the seeds of chaos > peak power data is October 2

Progressed Neptune is conjunction Sun in the Neptune cycle > peak power date is September 24 > a major cycle chart event > Sun is the planet of politics, the political class and those with power > Neptune is the planet of schemes, socialism, aviation, spies, poisoning, films, chaos, confusion, drugs, big pharma and the marijuana industry

September 5: Progressed Mars is trine Sun and Saturn in the Mars cycle > political strife, fights and feuding > the tariff war is hurting farmers

Progressed Mars is square Jupiter in the Mars cycle > trade warring, a currency dispute, strife for a bank, religious violence

Progressed Sun is opposition Neptune in the Sun cycle

September 10: Progressed Sun is parallel Moon in the Sun cycle

September 12: Progressed Sun is opposition Mercury and trine Saturn in the Sun cycle

September 14: Progressed Jupiter is sextile Mars in the Jupiter cycle > see September 2 for event forecast > and Mars is opposition and parallel Neptune in the sky

Progressed Sun is parallel Mercury in the Sun cycle

September 21: Jupiter is parallel Saturn and square Neptune in the sky; and progressed Sun is conjunction Moon in the Sun cycle

September 22: Progressed Jupiter is sextile Saturn in the Jupiter cycle > Jupiter provides financial assistance to those suffering loss and hardship

September 23: Progressed Sun is opposition Sun in the Sun cycle

Progressed Mars is square Mercury in the Mars cycle > a war of words, the language of war, hate speech, the weaponizing of language, shootings, an attack on a journalist, violent controversy, accidents and fires

September 27: Progressed Mars is sextile Moon in the Mars cycle > an attack on civilians, domestic violence is the issue, house fires

September 28: Progressed Sun is parallel Mercury in the Sun cycle

The lunation charts for individual countries will influence their national affairs for the month of September. 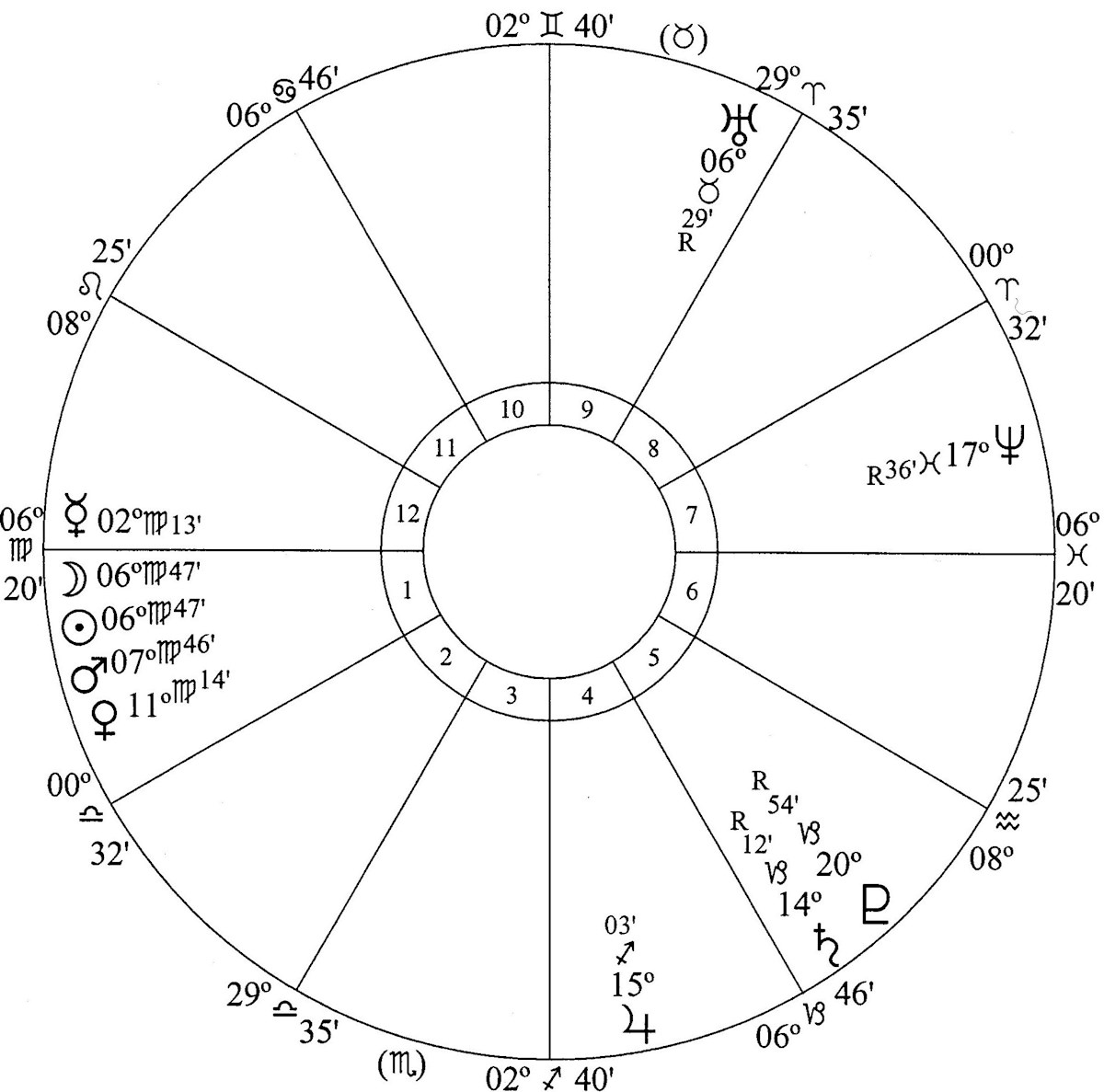 The lunation, Mars and Venus in house 1 (the people and their welfare) put the spotlight on guns and gun violence.  Mars is the cusp ruler of house 8 (death) and house 9 (social media).

Mercury – the cusp ruler of house 10 (the administration) – is in house 12 (secret, behind the scenes activity) so there’s a lot of discussion and decision making going on that you don’t know about.

Saturn and Pluto in house 5 (Wall Street, schools and teenagers) forecast heavy losses on Wall Street and drastic security measures to protect children. The Lower-Pluto forces will push back and resist any moves to restrict gun ownership.

And with Neptune – the planet of oil and gas – in house 7 (foreign affairs and Iran) the news coming from overseas is very confusing.  China is breaking promises and can’t be trusted. Jupiter in house 4 square Neptune is sowing the seeds of financial chaos.

Progressed Mars in house 2 (his finances) is semisquare birth chart Mars in house 12 (disappointment, self-undoing and his secret life that he doesn’t want you to know about) > Mars is cusp ruler of house 9 (trade and legal battles) > peak power date is November 27, 2020

Progressed Sun (China’s leadership) is trine progressed Pluto (subtle force, coercion, crime, websites and cyber espionage) > progressed Sun is in house 10 (the administration and business activity) and Pluto is in house 7 (foreign powers, international relations, disputes and war) > the trade war (Jupiter and house 7) with America is impacting China’s business activity > the fight for democratic rights in Hong Kong is a critical situation

In the United Nation’s chart…

Aspects in the sky have a wide time-frame that’s determined by the aspect’s orb of influence. The date indicated is when the aspect is at peak power.

Other Articles in 2019 - Monthly forecasts