The rate of murder or manslaughter by firearm in America is the highest in the developed world with more than 11,000 shooting deaths in 2016.

Since December 2012 when a gunman walked into the Sandy Hook Elementary School in Newton, Connecticut, and killed 20 children, six adults and himself, there have been more than 1,600 hundred mass shootings in America.  (A mass shooting is commonly defined as an indiscriminate rampage involving four or more victims.)

Most gun deaths – around 23,000 per year – are suicides and on average there’s about one mass shooting per day.

America has the highest gun ownership in the world with 390 million guns. Everyone, of course, doesn’t own a gun but one-third of the over-50s say they do and about one in five gun owners say they belong to the National Rifle Association (NRA) and in 2017 it spent $5.12 million lobbying government to influence gun policy.

There’s a tender caring urge that nurtures the young, weak and helpless; a smart and clever intellectual urge that learns, educates and communicates; a fun loving social urge that sings and dances and hangs out with friends; a benevolent and tolerant goodwill urge that ignores difference and forgives and forgets; and a security urge that just wants to shop and dance in safety without getting attacked or shot.

Then there’s this urge that’s intent on fighting and attacking enemies. It’s very forceful, very impulsive, very destructive and naturally inclined to resolve a conflict by inflicting harm. And this explosive urge and its associated states of feeling – anger, rage, hostility, hate and spitefulness – has its correspondence in the sky.

It’s the planet Mars and the astral energy it transmits expresses in life as aggression; and every human soul has an aggressive urge. 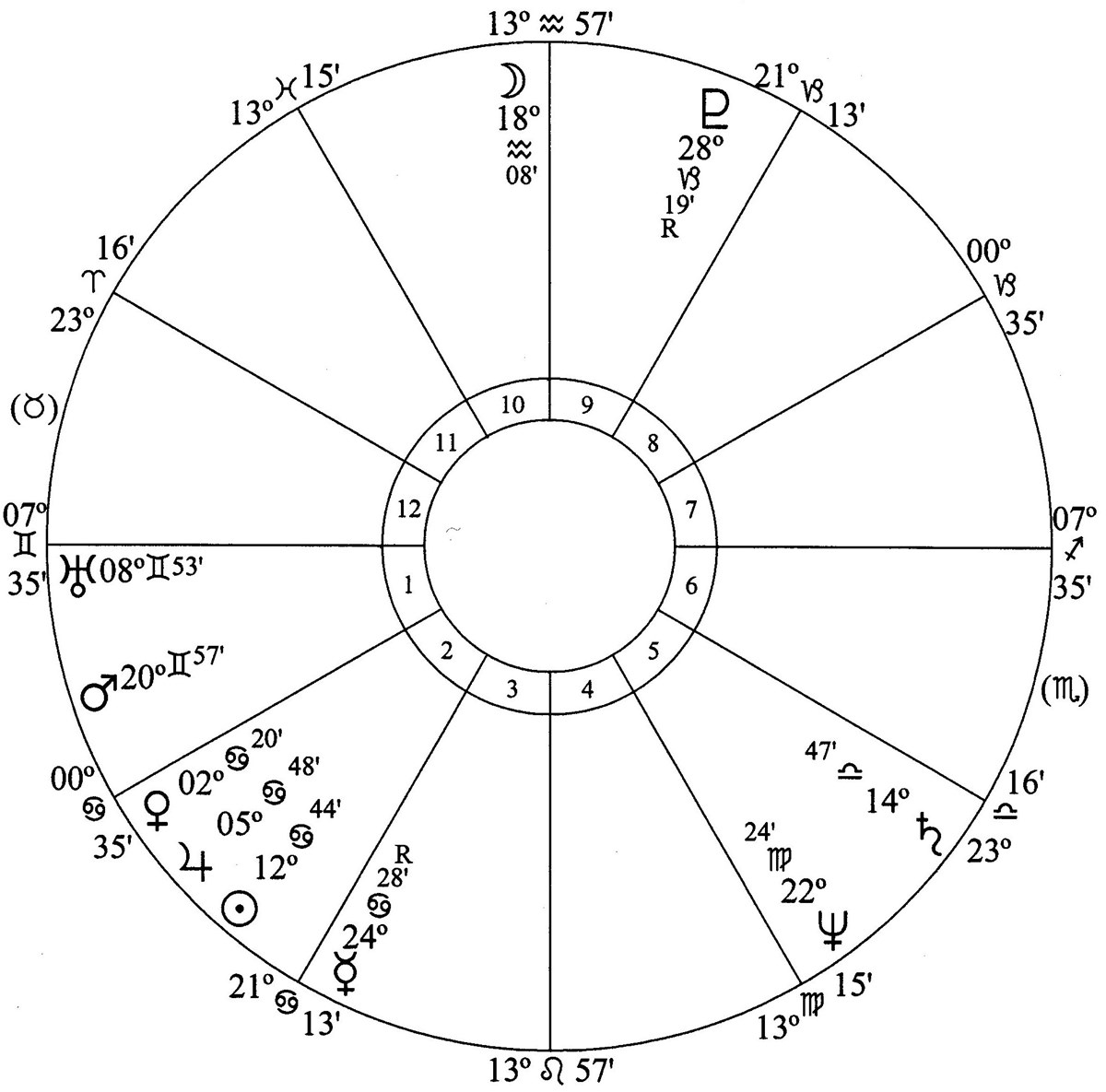 With Mars in house 1 (the people) Americans have easy access to guns and America is one of the few countries in which the right to bear arms is constitutionally protected. So it’s the only chart that’s needed to explain America’s gun violence problem; and you could say after reading the stats that America is infected with a gun violence disease.

And as Mars progresses through the houses of the chart the gun violence directly impacts the life-matters they rule.

Civil war and a great depression

America was at war with itself. More than three million men fought and 620,000 – two percent of the population – died.

And after the violent destruction Mars set about rebuilding the nation.

Then in July 1910 Mars progressed to house 5 and it wasn’t long before the roaring 20’s roared in. Wild speculation resulted in a great depression and then the rebuilding of the country’s economy aided by escapist Hollywood entertainment and lots of cowboy movies with lots of shooting.

In April 2007 progressed Mars turned retrograde so its influence on these life-matters will be prolonged. Mars will be there till September 2158 – another 140 years – by which time, it is hoped, the gun and gun violence problem has been solved.

Mars is the planet of aggressive energy and when this explosive energy spirals out of control bad things happen. It either builds and constructs or demolishes and destroys and America’s narrative is a cycle of construction and destruction. Mars has its signature on every page of America’s story.

In 2019 the focus is on the destruction that gun violence inflicts and in the age of Donald Trump the finger of blame is pointed at hate.

America has a gun and gun violence problem and whatever progress is made to resolve the matter will involve strife, initiative, aggressive action and the overcoming of powerful resistance.

The situation is likely to be a political issue in the 2020 presidential election and could reach a crisis point in 2021 when progressed Midheaven is conjunction progressed Mars.

But gun violence is only one chapter in America’s story. Mars represents creative energy, enterprise, resilience and forceful action and America has attained its status as the world’s economic and military power house all because of that dominant Mars in house 1 of its birth chart.