If you’re a Donald Trump watcher you would have noticed that he’s a superspreader of fake news, lies and misinformation and his ugly behavior is admired by his adoring support-based and tolerated by his political allies. But, with progressed Uranus opposition birth chart Moon in his chart, his brand of conservative extremism has tended to alienate him from the ordinary, everyday, suburban American. 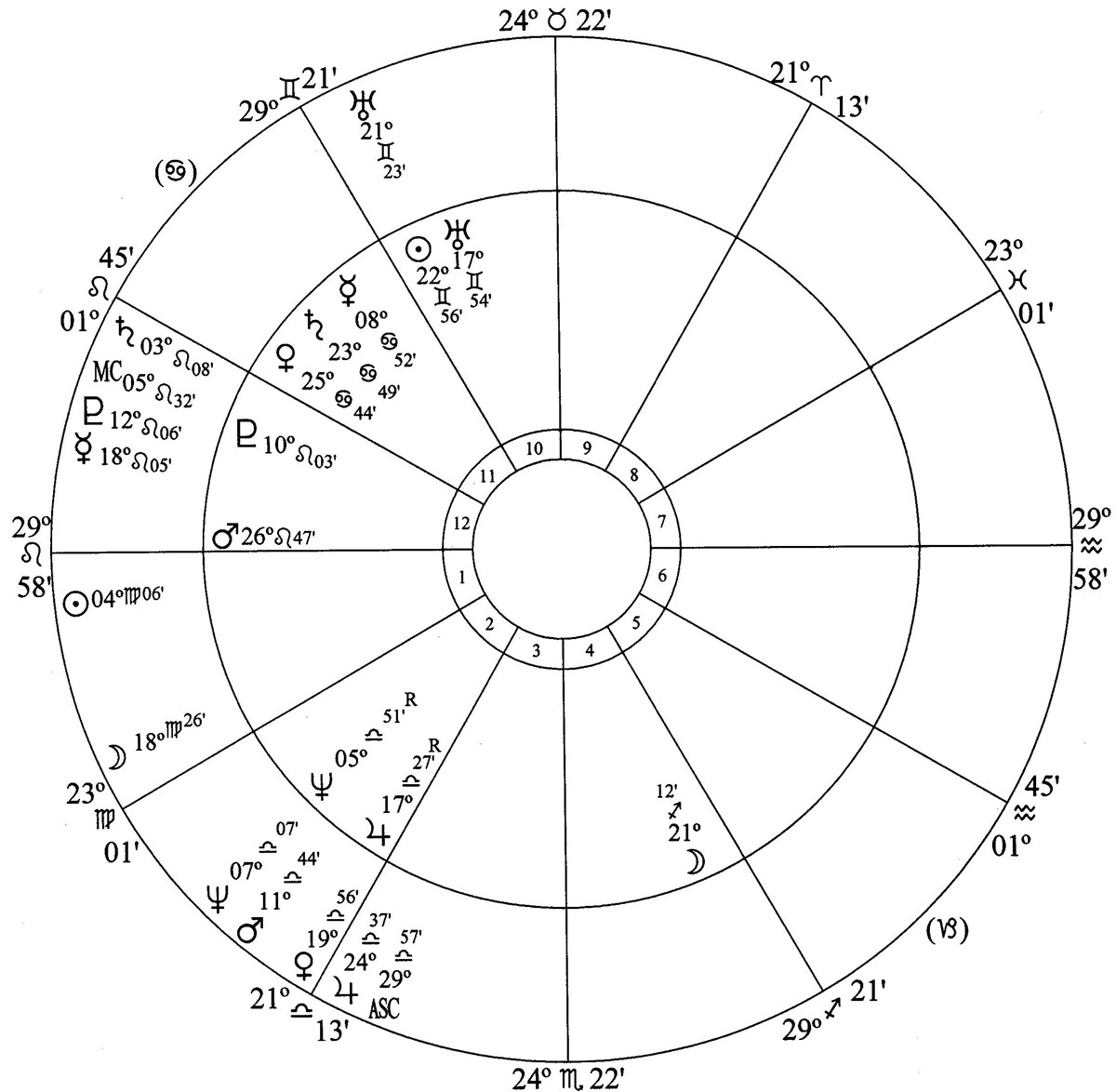 Uranus in house 10 is the cusp ruler of house 6 (sickness and employees) and house 7 (other countries and open enemies) and the various life matters these houses rule are subject to eccentricity, radical tendencies and extreme developments.

Uranus – planet of unexpected events, shocks and sensational developments – is very active in Trump’s chart on November 3, 2020 and this is something the pollsters, commentators and political forecasters don’t know anything about.

They’re looking at voter polls and red and blue states in their efforts to discern the election outcome and Uranus is very inclined to throw up a sensational earth-shaking shock that’s bigger than big.

That said … you can safely forecast that Donald Trump will experience a major change with his position and status on November 3, 2020.

These Sun progressions slightly benefit his significance and authority.

Progressed Mercury is sextile (opportunity) birth chart Jupiter. It reached peak power on June 13, 2020 but doesn’t directly influence his reelection bid. Jupiter in house 2 (his finances) rules house 8 (other people’s money) and the aspect has benefited his personal finances and attracted large campaign donations from his wealthy supporters.

Progressed Mars is sextile progressed Pluto and on November 26, 2020 progressed Mars semisquare birth chart Mars – the cusp ruler of house 9 (tweets and the courts) – reaches peak power. These aspects don’t directly influence the outcome of his reelection bid but they do indicate that the angry president is tweeting, ranting, hurling abuse, feuding and embroiled in strife and conflict.

In Trump’s chart on February 5, 2020 progressed Mercury moved to form a sextile aspect with birth chart Uranus and five weeks later, on March 13, in response to America’s coronavirus outbreak Trump declared a national state of emergency. And it quickly became apparent that the novice president was completely out of his depth dealing with this national health crisis.

Uranus – the planet of sudden shocks – had again upended Trump’s life. Just when it seemed he would cruise to November 3, 2020 with a buoyant economy his life and future was unexpectedly disrupted.

Progressed Mercury sextile birth chart Uranus reached peak power on September 22, 2020 > end date is May 4, 2021 > and his disastrous handling of the covid-crisis and its economic fallout represents a failure of leadership that is likely to play a major role in his defeat on November 3.

Then in July 2020 Trump’s bizarre eccentricity escalated to a new level of weird when progressed Midheaven in his chart moved to form a sesquisquare (agitation) aspect with birth chart Moon (his mind and feeling world).

By now his administration had no coherent policy for dealing with the covid-19 pandemic that was ravaging America and his approval rating declined.

Come September 2020 the Uranus influence in his chart ramped up.

So, come October Uranus is writing Donald Trump’s script and that means anything goes. He’ll be desperately hoping for an October surprise. A vaccine for covid-19 or a shooting war with China will do – anything that could benefit his re-election chances.

Uranus is the planet of startling revelations and Trump’s October surprise could be a sensational exposé that adversely influences his reelection chances. (His niece and sister have been spilling the beans and his lawyers are desperately trying to block a New York prosecutor from getting his tax records.)

This was evident on November 6, 2018 in the mid-term elections.

Back then in Trump’s chart progressed Venus was trine (luck) birth chart Uranus and progressed Moon was sextile progressed Uranus and the Republicans gained a Senate majority, but lost control of Congress.

On November 3, 2020 all the planets in house 12 (secret enemies, crime and disappointment) are active by progression and all the aspects to the planets ruling house 10 are activated by transit progressions.

So on November 3, 2020 Trump’s destiny is in the hands of the unpredictable change-agent Uranus – the planet that delights in closing chapters and opening doors with cataclysmic suddenness.

There’s already plenty of chatter about what Trump might to do if he loses the election. Will he go quietly or will he go berserk? Whatever, there is period of peril from November 3 to January 20, 2021.

In Trump’s chart progressed Uranus opposition birth chart Moon is the outstanding influence on this mental world; and when Uranus goes nuts he becomes extreme, weird, bizarre and completely unreasonable.

The peril escalates even further on December 26, 2020 when the signs in the sky turn dangerous. That’s when Mars moves to form a conjunction aspect with Uranus > peak power date is January 20, 2021 > and planet Earth is issued a red alert.

In the Mars-Uranus conjunction chart the Moon – planet of the everyday people – is conjunction Mars and Uranus.

Political observers assess Donald Trump’s character and speculate on how he might react to losing the election but no matter the outcome on November 3, 2020 Mars is conjunction Uranus in the sky on January 20, 2021 and its potential for strife, conflict, war, racial violence, police brutality, protests, anarchy and revolutionary change is something the world knows nothing about.