Joe Biden by his birth chart 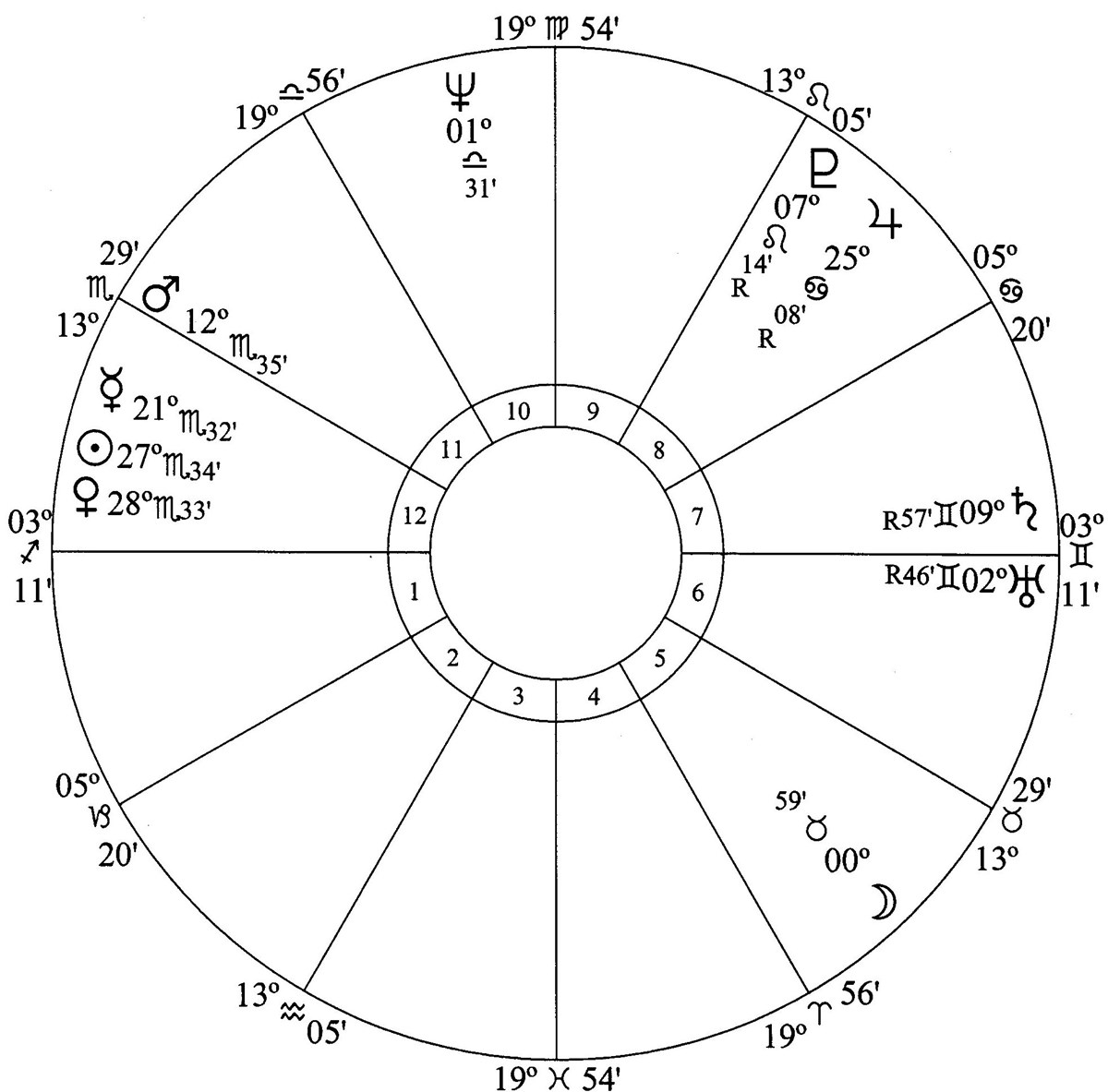 The Sun in Joe Biden’s birth chart is in the third decanate of Scorpio and his I desire individuality expresses intense emotions, a strong sex drive, vivid ideas and a sense of social importance that’s focused on superior effort and attainment.

The Sun has prominence status and is conjunction Mercury (planet of objective thinking and speech) and Venus (planet of love, charm and affection) and to soar to the heights of human endeavor Biden needs a loving partner to spur his passions and ideals.

The attainment decanate of Scorpio tells his life story and the wind beneath his wings – the ‘loving partner’ who inspires him to ‘superior effort and attainment’ – is his wife, Jill Biden.

The Moon is in the first decanate of Taurus so the special feature of his I have mentality is his dogged determination. Biden can imagine his future and use his imagination to shape his life; but timidity can hinder his personal advancement and too much time and effort devoted to the acquisition of money and wealth can impede his spiritual development.

The Moon in house 5 (his children) is a weak player in his life so he lacks the common touch and a deep understanding of the daily struggles faced by the everyday people.

Mercury is in the third decanate of Scorpio and his I desire mental activity and way of communicating is defined by attainment. His thoughts are focused on giving a personal best performance and with Mercury conjunction Venus and trine Jupiter his speech is friendly and helpful.

And with his ascendant in the first decanate of Sagittarius the hallmark of his I see personality is devotion. Biden has a deeply religious nature, a strong kinship with all living things, the ability to inspire others with his confidence and faith and a sense of destiny. He needs to be true to himself and always rely on his own hunches, judgments and intuitions. Acting on the suggestions and advice of others will result in mishaps and mistakes.

Uranus – plant of progressive thinking, individualism, extreme events, sudden change and charisma – is Joe Biden’s dominant planet. It’s in the first decanate of Gemini and his keen intuition can perceive in its entirety the relationship and proper order and sequence of the individual parts related to a matter or proposal.

His intuitive insight can instantly bundle lots of details into a complete thought image.

Gemini – the worst sign in his chart – is a prominent feature of his character and he’s restless and loquacious. He’s prone to making mental gaffs and suffers from a stutter which was more prominent in his childhood and early twenties. It can resurface when he’s tired.

Uranus – the planet of extreme events and doing what’s different – is in house 6 (sickness and work mates) and in 1988 – age 45 – Biden suffered a brain aneurysm and was given a 60% chance of survival when he went into Walter Reed hospital for neurosurgery; and in 2020 – age 78 – he chose Kamala Harris as his running mate in the presidential election.

The Sun – his desire for power and significance – has a high astrodyne score and Biden’s life journey has involved politics, power, fame and notability. He has an air of authority (Sun) and the charisma (Uranus) to sweep people off their feet.

The Sun in house 12 (sorrow and disappointment) is conjunction Venus – his desire for love and affection –and he’s noted for his charm and affection for work associates (Venus rules house 6) and has suffered big sorrow.

The Sun-Venus conjunction is opposition Uranus – planet of disruption. This high discord aspect scripts separation events involving sorrow (house 12) and his work life (house 6); but with Neptune – his visionary-utopian urge – in house 10 sextile Sun and Venus and trine Uranus the sorrow and mental conflict triggered by sudden separations is appeased when he focuses his attention on promoting (Neptune) his career and public standing (house 10)

Sun and Venus are trine Jupiter – planet of faith and religion in house 8 (death, taxes and other people’s money) – and his religion helped him cope with the despair and sorrow associated with the death of his wife (Venus is opposition Saturn in house 7) and daughter (house 5) in a car accident in 1972; and the death of his son (house 5) in 2015. (Moon in house 5 is cusp ruler of house 8).

Biden was raised in Scranton, Pennsylvania, and New Castle Country, Delaware. He studied at the University of Delaware before receiving his law degree from Syracuse University.

Academically he was undistinguished and in his youth he loved to play sport and party (Sagittarius). He began practicing law in 1969.

In December 1972 his wife and daughter were killed in a car accident and for 5 years he was a single dad raising his two sons.

He was a United States Senator from January 3, 1973 till January 15, 2009 when he resigned after winning the vice-presidency alongside Barack Obama in 2008.

He was the first Roman Catholic to become Vice-President. The Obama-Biden ticket was re-elected in 2012.

Biden was heavily involved in Obama’s decision-making process and his ability to negotiate with Congressional Republicans played a key role in bringing about bipartisan deals.

In January 2017, he was awarded the Presidential Medal of Freedom by Barack Obama.

Biden announced his 2020 candidacy for president on April 25, 2019 and in June 2020 he met the 1,991-delegate threshold needed to secure the party’s nomination.

On August 11, 2020, he announced that US senator Kamala Harris will be his running mate in the 2020 presidential election.